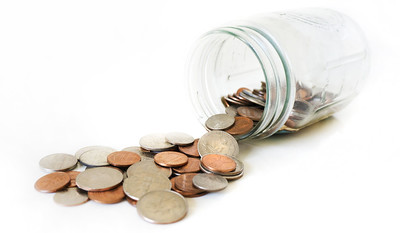 What is a WCC Degree Worth?

I’ve written often about the need to eliminate WCC degree programs that lead people into low-wage jobs. New analysis provided by the Foundation for Research on Equal Opportunity (FREOPP) weighs in on the value of more than 17,000 associate degrees and certificate programs at community colleges across the nation.

Looking first at the big picture, the median return on investment (ROI) for all associate degrees is $167,000. That means 50% of people who earn an associate degree in some field from a community college someplace in the United States can expect to earn more than $167,000 more in lifetime earnings than if that person did not earn that degree. (It also means that the other 50% earn less than $167,000 more in lifetime earnings than if they did not earn that degree.) By itself, that’s not remarkably helpful, because each associate degree has its own unique earning potential, right?

As it turns out, people earn the best return-on-investment when they complete a degree program on time. That statement includes three incredibly important qualifiers. They are:

Maximizing the ROI on a WCC degree

To maximize the benefit of a community college education, one must graduate with an associate degree (not a certificate) in two years. The more time a person spends at a community college, the lower the average ROI is. That’s because the ROI calculation accounts for the wages lost by sitting in a classroom instead of working. The longer a student takes to earn a degree, the more income s/he loses by not working.

There are actually two ways to lose wages here. First, a part-time student usually has a job of some kind. While that person is sitting in a classroom, s/he loses the opportunity to earn in her/his current position. Second, by not completing a degree on time, the student cannot access the higher-wage job s/he is studying for. Losing a year or two of potentially higher wages can have a big impact on lifetime earnings.

Most commonly, the average community college degree or certificate holder will earn between $30K-$40K per year at age 35. Age 35 is not an arbitrary figure. It is the point at which a person typically enters his or her peak earning years. The fact that community college graduates will typically earn less than $40K at the beginning of their peak earning years is troublesome. 35-year-old adults are likely to have children. (And most community college graduates are women.) It’s also troublesome because the WCC President earns more than ten times that in a single year.

Second, community college graduates with associate degrees have higher earning potential at the age of 35 in nearly all income brackets than certificate earners do. That’s relevant to a WCC degree because WCC issues about three times as many certificates as associate degrees. (And mostly to women.)

Tomorrow, I will look more specifically at what the data show for WCC degree programs.