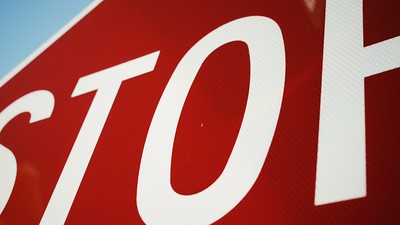 Yesterday, I wrote about the significant changes the fitness industry has experienced, compliments of the COVID-19 pandemic. The pandemic has changed a lot of industries permanently. Fitness is likely to be very different in 2022 than it was in 2019. We’re unlikely to go back to 2019 anytime soon. Unfortunately for Washtenaw County taxpayers, we’re going to be making payments on WCC’s Health and Fitness Center until 2027. The WCC Trustees and their Health and Fitness Center plan never contemplated the pandemic.

The WCC Trustees, whom the taxpayers elected to provide fiscal oversight, got the College into a business that none of them understood (and still don’t). They diverted money from WCC’s operational funds to finance this gamble. They banked on the meaningless reassurances that the Health and Fitness Center would pay for itself. Twelve years later, the only way WCC could sniff solvency on the HFC was by oversubscribing the facility. Fourteen years and one pandemic later, the oversubscription problem is gone, but so is the money.

There aren’t enough members left to pay for the building loans and the upkeep and maintenance on the facility. (I’m not even sure the operator can break even.) The oversubscription WCC relied on to pay the bills won’t be possible for years. If ever. The building was designed for a membership of 6,000. Prior to the pandemic, the membership had been reported in excess of 7,000. Currently, it has 2,500.

I am curious about one thing. The Trustees knew that the size of the annual bond payments in the later years of the loan were going to exceed $1M each year for several years. They also knew that the building was designed to support a fixed number of subscribers during fixed hours of operation. The only way to make the building “pay for itself” in later years would have been to increase the membership fees, exceed the maximum number of subscribers, or both. Increasing the membership fees beyond market rates would cause members to drop, so oversubscription is the only option.

What convinced the Trustees that under these circumstances, HFC membership was going to increase (radically) enough to pay these bills? The math is simple. Prior to the pandemic, the WCC budget showed that it received $1.75M from the HFC operator. ($1.75M/7,000 subscribers = $250/subscriber.) Allegedly, that amount barely covered the loan payment and the maintenance on the building. If the loan payments and/or the maintenance increased by $250,000, recovering that would require the membership to increase by 1,000 people.

The math is very simple; it’s just not very realistic.

Did none of the Trustees notice this? Were they unaware that fitness centers generate only very slim margins – and only when business is very good? Did it not occur to them that there is a finite number of people one can stuff into the building? That the building can only take so much? Or that facilities become less attractive to new subscribers as they age? That maintaining or increasing membership would require near-constant capital refreshes on the building?

Few buildings require more maintenance than fitness centers. Hotels and convention centers do. The WCC Trustees either didn’t ask serious questions about the fitness center plan, or they ignored serious red flags when they authorized it. Either way, their actions are highly problematic. The current WCC Trustees plan to repeat this careless, broken model for a hotel and convention center.

What could possibly go wrong?