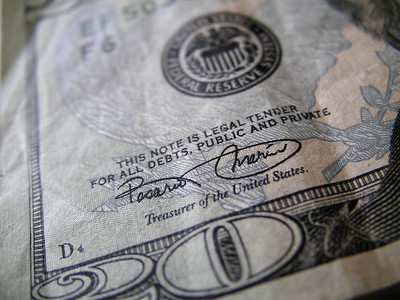 Last month, I wrote about the recent sale of Ellucian, WCC’s managed service provider. Ellucian had been purchased in 2015 by two venture capital firms in a $1.6B leveraged buyout. A leveraged buyout is one in which the buyer borrows a substantial portion of the purchase price of a company, then assigns the debt to the company it purchases. The company then treads water by making interest-only payments until it is once again sold, ideally for more money. This enables the VC buyers to use someone else’s cash on the purchase, and avoid responsibility for the Ellucian debt.

Ellucian’s VC owners attempted to sell the company in late 2019, but the pandemic changed that plan. Its eventual sale was never in doubt. The bonds the VC’s had issued to purchase the company were scheduled to come due in 2024. Amid the uncertainty of the pandemic last fall, Ellucian’s VC owners refinanced the Ellucian debt and then some. I was reading about the refinancing, and this caught my eye.

“Proceeds from the term loan B, along with a privately placed $540 million second-lien term loan due 2028 and cash on hand, will be used to fund a $298 million shareholder dividend and refinance $1.852 billion of outstanding debt, according to S&P Global Ratings.”

There’s something there that should make every taxpayer angry.

Ellucian vends its products to higher education institutions. While some institutions on its client list are private, many – if not most – are publicly funded. And Ellucian contracts aren’t cheap. They contain a pre-programmed annual licensing cost increase of 6%-7%. It translates to a price increase of 26%-31% over the course of five years. Like clockwork. You might notice that an increase of that magnitude well exceeds the rate of inflation.

So, what’s there to be angry about? When the owners refinanced the Ellucian debt, they borrowed money to finance a $298M shareholder dividend.

The problem with that is two-fold. First, it’s mostly public colleges and universities that will be paying off the Ellucian debt in the form of the substantial annual increases in the cost of Ellucian’s software. Second, the cost of that shareholder dividend was (and will forever be) baked into the cost of doing business with Ellucian. Ellucian’s new owner borrowed even more money (in another leveraged buyout) to buy the company. The sellers used the proceeds from the sale to pay off the Ellucian debt – including the money it borrowed to give its shareholders a dividend.

Going forward, the new owner – with its new-and-improved Ellucian debt – will charge its clients even more to license Ellucian’s software product(s). The annual increases may move from 7% to 8%-9%. That translates to a five-year price increase of 36%-41%. And who pays for it? The taxpayers, of course and the students – in the form of tuition increases.

This is what your millage money pays for

Don’t wonder why the cost of higher education far exceeds the rate of inflation. If the price of a gallon of gasoline (at $3.29) increased by 41% (to $4.64) over five years, drivers would be livid. The Board of Trustees is supposed to be exercising financial oversight on behalf of the taxpayers. They are not looking out for the taxpayers or the students when they sign off on the sheer financial lunacy of a software contract that arbitrarily increases by 35%+ over five years. That kind of price increase simply isn’t sustainable, and yet, here we are.

Financial illiteracy on the part of the Trustees is the only polite explanation for signing off on such a contract. The Trustees should not commit Washtenaw County taxpayers to financing an 18.625% dividend for Ellucian’s shareholders.

This is why we need better Trustees.