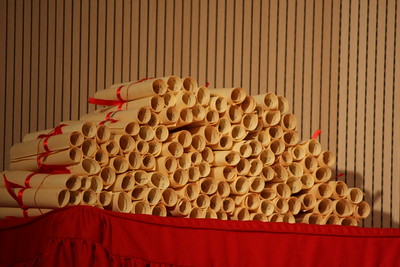 On Thursday, I wrote about the earning potential a Washtenaw Community College grad has compared to the earning potential of graduates from other Michigan community colleges. According to the dataset I used, WCC offers only a middling return compared to other community colleges. Certificates – not associate degrees – comprise 70% of the credentials WCC awards each year.

Last week, the Postsecondary Value Commission released a new tool called the Equitable Value Explorer. The tool, funded by the Gates Foundation, compares the economic value of degrees from higher education institutions around the US.

The WCC Administration currently uses our 55-year, multi-billion-dollar investment in Washtenaw Community College to produce graduates who don’t earn enough (ten years after graduation) to live in Washtenaw County. This damaging strategy disproportionately impacts female and minority students. Offering “education” that ensures these residents will remain economically immobile is part of a broader classist and racist political strategy. The graduates don’t benefit, the county doesn’t benefit, and local employers don’t benefit. So how did this happen, and why are we doing this?

Failure of oversight comes with a high cost

First and foremost, this is a product of the Board of Trustees’ refusal to exercise actual oversight over the WCC administration. When you elect Trustees who fundamentally misunderstand their oversight roles and responsibilities, you leave the institution open to misdirection. This is how WCC ends up with 13 Vice Presidents – three more than the fourth-largest corporation in the United States. The Board’s “approve everything, question nothing” operating philosophy probably makes Board meetings go faster, but it really doesn’t serve the community. And its refusal to hold the WCC administration accountable for its spending decisions is nothing short of reckless

Second, it is a direct result of the diversion of property tax dollars from education to unrelated business ventures. Ironically, WCC would not need additional revenue if it focused more on its core mission and less on making money. Washtenaw Community College is better funded than most community colleges, thanks to the extraordinary generosity of Washtenaw County voters. So, the need for additional revenue derives from the administration’s unrestrained spending on ventures like the Health and Fitness Center and the WCC “convention center.” It stems from the unrecognized costs associated with WCC’s summer trades programs and unrestrained executive hiring. Worse, we have Trustees who fully support the diversion of educational dollars to fund real estate development, including a hotel, convention center and retail spaces on campus.

Third, the administration’s refusal to seek taxpayer assistance for construction projects on campus drives up the projects’ costs. It places the burden of paying for these projects on cash-strapped students and destabilizes the General Fund. At the same time, it takes away the taxpayers’ voice on the desirability of such projects. Neglected maintenance accounts for much of a campus construction project’s cost. Meanwhile, the Trustees refuse to demand that the administration prioritize building maintenance at industry-standard levels. That alone would alleviate much of the snowballing costs of facilities neglect.

All these strategies have negative impacts on student programming by raising costs and making it harder for students to succeed. When you look at the data on Washtenaw Community College, I encourage you to note our diminishing return on investment.

Reclaiming our investment in WCC means removing Board members who subscribe to the philosophy that using tax dollars to educate poor people is less valuable to the community than using those funds to build a hotel and convention center or operate a private health club. It means replacing them with Board Members who will exercise actual oversight over the WCC Administration and demand genuine academic and financial accountability. And it means not allowing the Administration to substitute less valuable certificates for more valuable associate degrees.