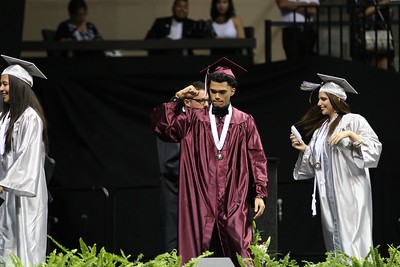 It’s no secret that community college enrollment is down. Frankly, it’s down all over the country. During a recession, community colleges usually see increasing enrollment. Technically however, we’re not in a recession. That’s a tough sell for the millions of Americans who aren’t working right now. The pandemic has certainly made it seem like the economy is in trouble.

It’s fair to say that certain segments of the economy – hospitality and dining, travel, entertainment, retail, manufacturing, agriculture – are stuck in low gear. In fact, they’re near collapse. Workers in these sectors are among the lowest-paid workers in the US economy. Ordinarily, a recession would send worried (or unemployed) workers into the community colleges in droves. Unfortunately, workers in these sectors are so close to the edge that they’re not willing to risk the resources it would take to go to school right now. And for many workers, the resource in shortest supply isn’t money – it’s time.

At some point, these people may make their way back into college classrooms, but clearly, that time is not right now. But that doesn’t mean college classrooms have to sit empty until the pandemic lifts. Increasing enrollment at the community college level right now depends heavily on recruiting these students. The current unemployment data shows the benefit of post-secondary education.

December youth unemployment in Michigan 16.2% for workers with less than a high school diploma. For high school graduates, the unemployment rate was 12.0%. Unemployment among people ages 16-24 with “some college” was 9.4% and unemployment among bachelor’s degree holders under the age of 24 was 4.5%. The progression is obvious. The more education a person has, the more likely they are to be employed.

There’s a big disconnection right now among high school graduates and the workforce. Many 2020 high school graduates didn’t receive the counseling they would have if they had attended school in-person in the last months of their senior years. That counseling (formal and informal) is often instrumental in getting young people enrolled in community colleges. The same thing is poised to happen to the Class of 2021.

New York City has introduced a formal program to attract and recruit high school students and young “out of school/out of work” individuals ages 16-24. The program is in response to the City’s high youth unemployment rate but may also result in increasing enrollment at the City’s two-year colleges.

Based on Michigan’s youth unemployment rate, there’s a big opportunity to put more students in community college classrooms. Right now is the time to develop strategies to get these students ready for fall enrollment.