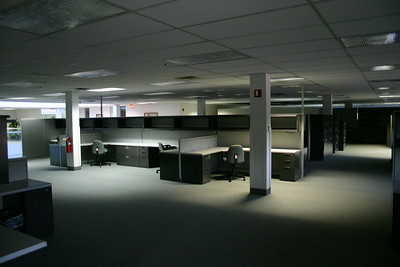 Recession signals the need for change at WCC

Recessions are usually diagnosed months after they begin. Economists pronounce a recession only when they see a decline in gross domestic product (GDP) in two successive quarters. When the economy is in recession, the average person knows it without having to wait for half a year or fret about the GDP.

This recession will be different than the last, which itself was different than the recessions that preceded it. No one needed to wait for six months to determine that a recession was underway. In the space of weeks, the US economy went from full employment to full stop. And restarting it will not be as simple as sending everyone back to work. The impact of this recession will be felt swiftly, and deeply in every corner of the economy, including higher education.

Recession will reveal administrative bloat for what it is

(Side note: It’s probably a good idea to add a few extra custodians during a global pandemic. And maybe fix the air handlers, too.)

And therein lies the problem

Simply put, administrators do not generate revenue: they reduce it. And the more administrators the College has, the more revenue they draw away from the classrooms and facilities. And during a recession, that’s precisely where WCC needs to point all available cash. During a recession, instructional costs increase. If the Great Recession is any guide, WCC will have to add about $10M to its instructional budget. And it will have to do so at a time when the State of Michigan will likely reduce the higher education appropriations.

Congress provided a one-time bail out, but to date has not provided any long-term funding to help students and institutions over the long haul. If that does not change, the College may raise tuition rates to make up for the shortfalls. This strategy is problematic, because as tuition rates rise, fewer students enroll.

In the cold hard light of day, the Board of Trustees will need to acknowledge one particularly stark truth: no student in the history of higher education has ever chosen to go to school because of who was running the place or the size of the administration. When it comes time to make hard choices, remember that adult students choose colleges because of the faculty, the programs and the facilities.

Published in Board of Trustees, Community college affordability, Enrollment, News and WCC Budget