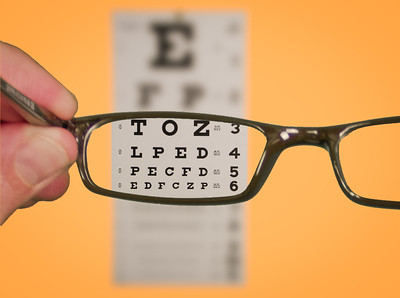 Think about the enrollment cliff in the right way

Post-secondary institutions have their eyes firmly fixed on the Great Recession. The birth rate during that period (2007-2009) dropped, which means there will be a corresponding drop in high school graduations and college enrollment in the coming years. Some administrators characterize it as an enrollment cliff.

It’s important to look at the so-called enrollment cliff correctly. On a national level, the birth rate hit a peak of sorts (69.5 per 1,000 women of childbearing age) in 2007 – right before the Great Recession. By 2012, the national birth rate had declined to 63.2 per thousand women of childbearing age. However, the United States is large enough that one cannot apply the national statistic to every state.

Other factors, like the distribution of women of childbearing age, and unemployment and poverty at the state or regional level also have significant effects. For example, poverty increased in Florida by 30% between 2006 and 2010. Poverty has a marked impact on reproduction. Because Florida is a populous state, it has more impact on national statistics than a less populous state like North Dakota would. North Dakota’s economic position remained fairly constant before and during the Great Recession.

Race, ethnicity and age also play an important role in fertility. One demographic group that has experienced the steepest decline in birth rates is teenage women. No one in their right mind would argue that teenage pregnancy is a good idea. Statistically, the teen birthrate has dropped precipitously since the 1990’s. Everyone is better off for that, but women as young as 15 are considered when calculating the national birth rate. Further, the teen birth rate tends to vary independent of economic conditions.

Second, a declining birth rate can cause consternation at four-year universities, which depend heavily upon admitting 18–22-year-olds. Community colleges have a much larger pool to draw from. While a decline in one sector may increase competition with four-year institutions, a four-year degree would be very hard sell among people in other age brackets.

The enrollment cliff simply means that community colleges like WCC need to get better at marketing to older students. However, if an older student is going back to school, it isn’t going to be for a $12/hour job. The juice must be worth the squeeze. The resulting degree (not a certificate) must enable a person to become economically mobile. Right now, WCC’s credentials don’t do that.

The blame for that lies directly on the Administration, which pushed certificates so hard that the Department of Education no longer classifies Washtenaw Community College as a two-year school. It also lies with the Trustees who authorized this.

Older students rightly expect more from a degree than a job that pays $12-$16 per hour. Thanks to the current WCC administration’s short-sightedness, WCC is not prepared to recruit or serve these students. And thanks to the Trustees who allowed this, WCC will have difficulty refocusing and rebounding.

We need Trustees who will ask questions and hold the Administration accountable for its sorely lacking vision for Washtenaw County.