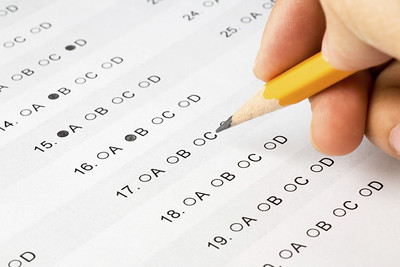 The pandemic has changed the college enrollment landscape in some very unexpected ways. It’s not hard to understand why community colleges look less attractive to high school seniors.

For college-bound high school students who wanted to tweak their SAT scores, the pandemic could not have arrived at a worse time. The College Board, which administers the SAT, cancelled two of the three remaining test dates in March and May of 2020.

In the eyes of high school students with lousy SAT scores, the pandemic was a godsend. Following the declaration of a national emergency on March 13, 2020, universities either made the submission of standardized test scores optional or dropped the testing requirement altogether.

MIT announced earlier this month that it would again require applicants to submit standardized test scores for applicants beginning in 2023. Other universities have adopted a wait-and-see approach – not because of the pandemic itself, but rather, the impact of eliminating SAT scores from student application packets has had some profound effects on college enrollment.

Cornell University noticed an immediate impact when it dropped its standardized test score requirement. That impact was a 42% increase in the number of applications Cornell received for undergraduate admission. When the university required standardized test scores, students self-selected either in or out based on the test scores they received. When it paused the test score requirement, students felt more confident about their chances of getting in.
The freshman class that Cornell ended up admitting in 2020-21 was more diverse and included 50% more first-generation college students than its previous cohorts. Without the standardized test scores, Cornell needed to reformulate the way it assessed applications, relying more heavily on high school transcripts to select its incoming class.

The University of Wisconsin also went test optional following the onset of the pandemic. Their preliminary assessment, which they reported on last week, shows that UW received many more applications for admission, but the diversity of the incoming class was not substantially different than previous cohorts. UW intends to retain its test-optional admission policy until 2024-2025, when it will re-evaluate the data. Kicking that particular can down the road will give the university time to assess test-optional admissions.

Not everyone is comfortable with leaving the SAT behind. Wisconsin Republicans passed a measure requiring state universities to use “objective criteria” in admissions decisions. Governor Tony Evers vetoed the bill because of concerns that the ill-defined “objective criteria” would reduce college enrollment and stunt workforce development.

In its preliminary report on test-free admissions, UW found that about two-thirds of applicants submitted test scores. Those who submitted test scores were slightly more likely to gain admission. They also tended to come from higher-income households, had better grades and took more challenging courses in high school. They also were more likely to pursue STEM majors. Female, Black, Hispanic, first-generation, and Pell Grant-eligible applicants were less likely to submit test scores.

Like Cornell, UW noted a sharp increase in the number of applications it received. In UW’s case, however, the surge coincided with changes the university system made to its online application process. Those changes made it easier for students to apply to multiple UW campuses. Additionally, several UW campuses dropped their application fees.

Second, positive outcomes – like larger, more diverse applicant pools – are enticing universities to delay testing requirements for applicants. Until the jury is in on test-optional admissions, community college enrollment among recent high school graduates is likely to remain soft.

Third, some universities are now questioning the value of standardized test results in the application process. It appears standardized test requirements make university applicant pools smaller and less diverse. They also seem to discourage otherwise qualified applicants who would perform as well as students with high test scores. Additionally, test requirements seem to favor students from high-income households who can afford test preparation and multiple test attempts. Test scores become less about aptitude or college-readiness and more about family resources.

That’s bad news for community colleges hoping to sustain their enrollment through transfer students. High school students have demonstrated that their standardized test results directly influence their college application strategies. If they can get into their preferred schools without having to submit potentially marginal test scores, they’ll happily go that route.

It also means that non-selective, non-competitive community colleges need new strategies to compete for students. If they hope to enroll students, they must improve the quality and value of their occupational programs. As long as the doors to American universities remain open and unguarded by the SAT and ACT, there will be fewer reasons for students to consider community college enrollment.

Maybe WCC could get one of its 13 vice presidents working on that.