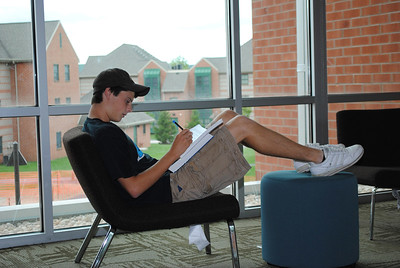 Last month, lawmakers in Illinois passed a law that enables the state’s community colleges to build and own affordable housing for their students. Prior to the change, state law prohibited two-year colleges from owning student housing. Lawmakers justified the change using statistics that show resident students have a higher GPA and complete more credit hours.

Unfortunately, there is an important distinction between having a high GPA or completing more credit hours and actually graduating. Ideally, providing housing for students would increase the number of graduates. After all, most students don’t enroll in college to “earn credits.”

According to the Department of Housing and Urban Development, “Students appear to be more likely to graduate if they live on campus, particularly when the on-campus experience encourages student learning and engagement.”

If we left it at that, you might think that building student housing is a solid idea. But HUD goes on to say, “It is not yet clear, though, that on-campus housing is cost-effective compared to other interventions. Also, as college enrollment has surged, on-campus housing construction has not matched increased enrollment. While public-private partnerships have financed new construction, these dorms are often less affordable than existing on-campus options.”

While building student housing gives students a place to sleep on campus, it also significantly raises the cost of attendance. Four year institutions – most of which provide on-campus housing – see this all the time. Students cannot afford to both attend classes and live on campus without taking on significant debt.

About half of students who enroll in a four-year institution graduate within six years. The other half leave school with a lot of debt and no degree. Much of that debt is not educational. It represents the cost of living on or near campus. Replicating this model at a community college could have devastating consequences for students who fail to graduate.

Currently, community college graduates in Michigan don’t earn – on average -remarkably more than high school graduates do. Less than $3 per hour to be precise.

Unless students pay remarkably less than market rate for dormitory housing, providing on-campus housing isn’t helpful. Unfortunately, on-campus student housing costs tend to match local housing market costs. Room and board costs often double (or more) a student’s cost of attendance. While students who live on campus may be more likely to graduate, they’re more likely to graduate with an exorbitant debt load. This defeats the purpose of a community college – which is to provide students with a low-cost, high-value education.

In WCC’s case, the current Board of Trustees refuses to ask the taxpayers to guarantee bond debts. Using revenue-backed debt to finance student housing would increase the cost of attendance for all students, not just those who choose to live in student housing. The question of building student housing at WCC arises regularly, often as a revenue generator for WCC. However, it should be measured in terms of what’s best for WCC students.