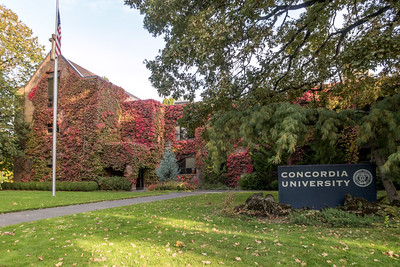 But there are fewer cities that have Concordia campuses today than they did in 2018. That’s because several campuses have closed – some rather abruptly. It’s hard to point the finger at one specific cause for the failure of the campuses, but one campus’s relationship with a for-profit online course delivery service might have a lot to do with it.

The trouble for Portland began in 2009. CU-Portland made a 20-year deal with a company called HotChalk. HotChalk is an online program management (OPM) company. They provide a turnkey online education service in exchange for a cut of the tuition that enrolled students pay. In the first few years of the deal, everything worked. CU-Portland’s enrollment quadrupled. Enrollment in its Master’s programs increased eight-fold.

OPMs are a popular way for schools to put courses online. But they have vacuumed billions of dollars out of the educational system. By redirecting these dollars away from the campus, they drain away the money that the schools would otherwise spend on their facilities, infrastructure, operations and educational programs. The other end result of higher education’s fascination with OPMs is that the cost of online education has mushroomed.

By the time CU-Portland died, it was already turning over to HotChalk about half of all the tuition revenues it collected from its students. It was also carrying millions of dollars in loans, defaulting on its bond debts, and was no longer paying its vendors. CU-Portland couldn’t simply cancel the contract with HotChalk. Doing so would have triggered a poison pill provision that would cost the school hundreds of millions of dollars.

According to the CU-Portland administration, in retrospect, the deal with HotChalk was based on some faulty assumptions about just how many students were going to enroll in the online classes that HotChalk and CU-Portland were offering. It also prescribed no consequences for HotChalk when the enrollment fell. Year after year, CU-Portland’s HotChalk bill grew. When CU-Portland closed, it was paying HotChalk more than $60M per year.

Blurring the line between non-profit and for-profit

At the same time, the enrollment slipped by one-third over four years. The value of the deal with HotChalk kept growing, even when enrollment slid. At some point, non-profit CU-Portland was paying for-profit HotChalk more than 50% of its tuition revenue. That could be a problem for federal regulators because non-profit higher education institutions can’t outsource more than half of their programs. While the 50% revenue split doesn’t conclusively prove that CU-Portland exceeded the 50% rule, it was certainly getting painfully close.

Surprisingly, the CU-Portland Board of Trustees did nothing except sign off on the agreement that would eventually kill the university. They asked no questions, did no calculations, expressed no concerns. They ignored red-flag warnings about the school’s finances as time went on. The Board watched as the school’s long-term administrators quietly left amid the souring condition of CU-Portland. None of it registered as a problem.

As for HotChalk, it sued the university and the LCEF, claiming that it was owed the $300M poison pill because CU-Portland canceled the contract without cause. The trial starts in October.

This should matter to the taxpayers in the WCC district because WCC has a president who is looking for ways to generate cash that don’t involve students. The mixed-use development scheme in the Master Plan might accomplish this, were it to succeed.

This administration is fond of saying that WCC is not a ____________ company. They used this to justify laying off the IT staff. It appears for all the world as though the Administration is positioning itself to outsource to Custodial and Maintenance staff, too. After all, WCC is not a custodial firm, either. They’ve outsourced the management of the Health and Fitness Center. And the non-credit courses. How long will it be before the WCC Administration attempts to outsource its for-credit courses?

The WCC administration collects inflated salaries while they shovel millions of dollars intended for education to for-profit management firms. Outsourcing doesn’t reduce the cost of operating Washtenaw Community College. In fact, it raises the college’s operational costs while returning little to no actual value.

The Board of Trustees is supposed to prevent this from happening. Instead, they do nothing except sign off on outsourcing agreements. They ask no questions, do no calculations, express no concerns. They ignore red-flag warnings about the school’s finances. The Board watches as the school’s long-term administrators quietly leave amid the souring conditions. None of it registers as a problem.