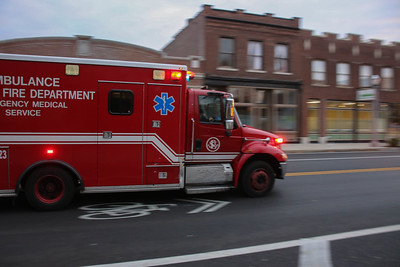 On-campus daycare center is tip of the iceberg

Last November, the administration at Everett Community College in Everett, WA announced that it would close the on-campus daycare center. Currently, the center provides high quality daycare to 120 low-income children. The justification the administration provided for the closure was the center’s profitability, which had lost $700,000 over five years. Following the closure, EvCC planned to partner with the local YMCA to provide childcare for EvCC students.

A local television station aired a story about the on-campus daycare center closure. Immediately after the story aired, EvCC announced that it would “pause” the closure plans while it looked for a new source of funds. Snohomish County, where EvCC is located, offered the school $3.5M to keep the on-campus daycare center open for the next 10 years. That annual revenue would not only cover the center’s alleged financial losses, but also provide an additional $210,000 per year in revenue.

Nope! Eight weeks after Snohomish County made the offer to fully underwrite the on-campus daycare center’s operational losses, the EvCC administration has yet to respond to the offer.

On-campus daycare center isn’t the only program at risk

The notion that student support services should “pay for themselves” sets a dangerous precedent. If the administration measured every student service by its profit potential, then they would eliminate most student services.

How long will it be before community colleges assess their academic programs based on profitability? Well, I’m glad you asked.

According to the Bureau of Labor Statistics, emergency medical services employment will grow by 11% through 2030. On average, 21,000 EMS jobs open annually. You may not understand the significance of Trenholm State Community College. It is one of about 100 Historically Black Colleges and Universities in the United States. Trenholm is the only training center for EMS personnel in Montgomery. The next nearest training center is more than 90 minutes away.

Very shortly, Montgomery, AL will lose its only mechanism to produce enough trained EMS personnel to meet its needs. That will negatively affect all of Montgomery.

The public does not underwrite the cost of academic programs at a community college because they expect an annual profit-sharing check. Montgomery, AL – just like every other municipality in the US – needs EMS workers. While the need for them exists, the cost to train them is immaterial. The public has already determined that the value of the programs exceeds their cost.

However, there are a few activities on a community college campus that should undergo a rigorous cost-benefit analysis. These include institutional administration, and ancillary activities that generate revenue. So, for example, it would be OK to ask whether the benefit of employing 13 or 14 Vice Presidents outweighs the cost of diverting millions of dollars from instruction to pay for them. And it would also be acceptable to ask whether it’s a good idea to operate a fitness center that lost nearly $5M in one year.

Community colleges aren’t businesses. One cannot measure their core activities by profits and losses, but their ancillary activities – like the Health and Fitness Center – certainly can. If WCC is truly interested in cutting its losses, I have a suggestion.