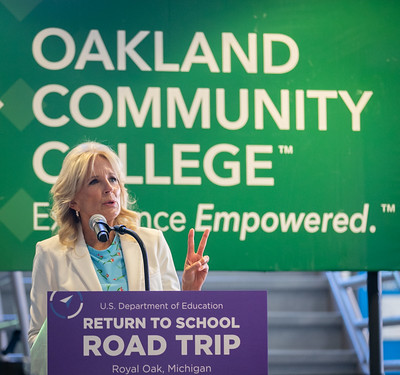 OCC broke ground on the 85,000 square foot project in late 2019. The project involved building an expansion to the existing C Building, demolishing part of the existing structure, and renovating the remainder of the facility. It is the first new facility OCC has built since 2010. However, it is not the last facility on OCC’s wish list.

OCC plans a similar renovation of the A Building, also on its Auburn Hills campus. This project will rehabilitate and expand the current vocational/technical facility. When complete, the building will offer 155,000 square feet of academic space.

According to OCC’s Capital Outlay Plan, the new project will cost $30M, of which OCC intends to self-fund $20M and seek the remaining funds from the State of Michigan’s matching capital plan. The most interesting line in the plan says:

14. What impact, if any, will the project have on tuition costs?
“We do not anticipate the project to have any impact on future tuition costs. OCC is currently proud to be the lowest in-district tuition and the most affordable community college in the State of Michigan. It is our desire to continue providing affordable tuition and also, with the assistance of the Capital Outlay funding, provide state-of-the-art facilities for our students and community.”

When you compare this with WCC’s plan to fund the construction of the “Advanced Transportation Center,” the differences are instructive. WCC intends to shop the ATC cost off on students. In 2019, the Trustees discussed adding a $10 per credit hour “facilities fee” to pay for the project bonds. A second bond issue would fund a $25M overhaul of the Student Center Building. The Administration intended to put neither of these bond issues in front of the voters. Instead, it plans to issue bonds backed by the school’s badly overworked General Fund.

It’s important to note that the academic value of these buildings is nominal. That means the ATC barely qualifies for any state matching funds. The SC building is almost entirely administrative. Instead of focusing WCC’s self-limited construction funds on academic buildings, the administration wants to build another events building and rehab its own offices.

If you were a student, which of these two colleges would you want to attend?