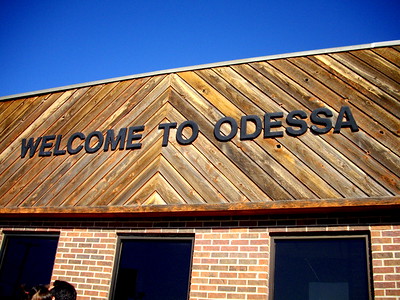 Not all community college enrollment is falling

Odessa College, in Odessa, TX, is on something of a roll. It has increased its enrollment for eight years running. Economically speaking, the last eight years have been hot. Community college enrollment drops when the economy is good, so an eight-year upswing is notable. Currently, Odessa College enrolls about 7,000 students. Their initial goal for the Fall semester was 7,500 but OC didn’t make that. The staff set an interim goal of 7,000, which they reached. Headcount is up by 3%, as is the number of credit hours. Currently, OC has its highest-ever credit-hour enrollment.

So, how did they make that happen? Odessa College’s policy is to give one free class to students. That one freebie has been enough to increase its community college enrollment each year, even during good times. (Odessa College also offers a baccalaureate program.) I have said this before, but community colleges don’t compete with each other, or with other institutions for students. Their top competitor is the economy. If the economy can offer a person a better deal, that person will bypass the classroom.

Amid the pandemic, the “first-one-free” policy wasn’t going to be enough of an enticement to get student to enroll. So, Odessa upped its game; it offered six free classes to students. It improved the support available to students trying to transition to online classes. OC also created and funded its first emergency aid program for student and improved virtual advising. Immediately following the initial COVID-19 outbreak, some of OC’s employees were not deemed to be “essential.” Instead of laying them off, OC put them to work contacting students to ensure that they had the resources they needed to succeed in online courses. Making regular contact with the students helped reinforce the connection between the students and the college.

It is interesting (but not surprising) that free college is part of the key to increasing community college enrollment. In OC’s case, the entire staff pitched in to help. Increasing enrollment was a common goal. OC used the allure of “free” successfully for seven years prior to the pandemic. They had a good track record with it, and they knew the strategy works. They also knew that during the pandemic, one free class wasn’t going to be enough to entice people to come back or enroll for the first time.

But clearly, it’s about more than money. It is also about making sure that the students have what they need to succeed when the ground rules change.

Creative cost and support strategies and a unified effort from the staff put more students in Odessa College’s classroom in the Fall. OC also expects winter enrollment to climb. A rising community college enrollment – even during a pandemic – is possible. Odessa College is proving that in 2020, just as it has for the past 8 years.