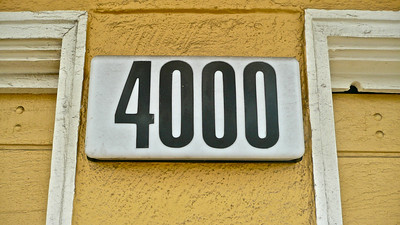 This flies directly in the face of this bold proclamation, which the WCC President offered as an incontrovertible fact.

Thank you. Just to remind the Board, the reason we are really interested in mixed use –looking at mixed use space –not only because of the comments that we have heard, but when we went through all the –uh-trends in enrollment that this environmental scan, and we read books, and we’ve been talking about it, and we’re starting to see the beginning of it –the enrollment is not going to be where it always has been. And it is going to continue to be more challenging. And that’s not a surprise to any of us.”

With the judicious use of one four-letter word, the State of Michigan managed to find more than 180,000 people who want to go to college. Exactly how could WCC’s comprehensive “environmental scan” have missed Washtenaw County’s 4,000 applicants?

And the only barrier to getting them into classrooms is money. So instead of using a literal sliver of the one-quarter billion dollars that Washtenaw County taxpayers have given WCC in the last five years, the WCC Administration plans to build a hotel.

“The enrollment is not going to be where it always has been.”

Well, sure, when your:

WCC administration focuses on making money instead of teaching students

So, why would the Administration of a community college in a “rich community” that somehow has a higher-than-average poverty rate want to pursue “mixed use development” over education? The WCC President’s assessment of Macomb Community College, from the same meeting, is telling.

“The other is Macomb Community College, and that president, the one I worked with, um, had – I mean – we own everything around – on Garfield. And all of that mixed use, you know, land brings in revenue to the College. And so, they don’t really have to worry too much about their enrollment, because they have other ways to bring in revenue to support their college.”

Apparently, it’s easier to build cash registers than it is to build enrollment. It’s more beneficial to the community to build a hotel than it is to educate 4,000 people who – but for a few thousand dollars – would be sitting in WCC’s classrooms.

Washtenaw County does not need a college administration that is not prepared to – or does not want to – “worry too much about their enrollment.” Nor do we need a Board of Trustees that supports such a ridiculous strategy.