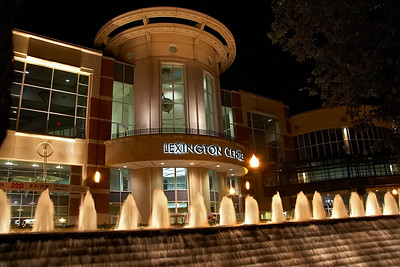 According to the WCC Master Plan, the Administration had its heart set on funding the creation of a convention center. People have debated Washtenaw County’s “need” for such a facility for more than 30 years. Frankly, if you can afford to spend three decades arguing about the need for something, you probably don’t need it.

In an ordinary year, the Central Bank Center complex is hopping. So much so that the Lexington Center Corporation (LCC) undertook a $275M expansion of the complex in 2018. 2020 was supposed to be another record-breaking year for operations. Hotel taxes from the on-site hotel would generate an estimated $6M annually. That money would be used to pay off one of the expansion bonds valued at $108M. A constant parade of events at the Convention Center would pay off another bond valued at $110M. The City of Lexington borrowed $30M to help fund the remainder of the expansion.

So, you already know what happened. The hotel has been shuttered since March. The events at the Convention Center and the Opera House have been canceled. There is no basketball right now. LCC furloughed more than 100 people on its staff, leaving just 14 remaining employees, who have all taken pay cuts. The City of Lexington has a $40M hole in its budget. How could things possibly get worse?

There are two bond payments of nearly $8.5M due on the project this month.

What happens when a convention center plan goes bad

All of this is background, really.

Which is why I found this to be the most interesting part of the article:

So, not only do most convention centers NOT make money, they actually cost taxpayers money. Naturally, during a pandemic, such a facility will not make money because it cannot operate to its fullest potential. But remember, the Central Bank Center was operating to its full potential prior to the pandemic. It was on track for a record-breaking year.

Even if the pandemic had never happened, “Most convention centers lose money and typically need annual taxpayer appropriations.”

So, if most convention centers are not self-supporting, why is a convention center in the WCC Master Plan? The “WCC convention center” plan should never breathe fresh air again. This idea isn’t just ridiculous; it’s dangerous. And the pandemic neatly illustrates the real (expensive) risk of real estate speculation.