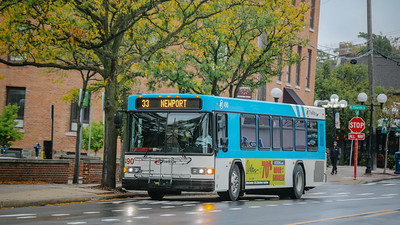 Regardless of what you believe to be the cause, the average price of a gallon of 89-octane gasoline today in Ann Arbor is $4.22. According to The Urban Institute, a think tank founded in 1968 by Lyndon B. Johnson to evaluate the impact of his administration’s Great Society initiatives, 57.1% of dependent college students work somewhere between 1 and 35 (or more) hours per week. Among independent college students, 64.5% report working, and nearly half of all working, independent students work full-time. Finally, 100% of Washtenaw Community College students who take in-person classes commute to campus.

The average round-trip commute for the average college student is 20.5 miles. If a student visits campus four times per week, that is eighty-two miles each week traveling to and from school. Using data from the US Energy Information Administration, the average fuel economy of all vehicles built in 2010 was 17.5 mpg. I chose to use 2010 data for two reasons. First, it seems entirely reasonable that a student would be driving a 12-year-old car. Second, that was the last line of data available in the table I was looking at.

So, the math is easy. Eighty-two miles per week divided by 17.5 miles per gallon requires 4.7 gallons of gas per week to get to and from school. At 15 weeks per semester, the average student will need 70.5 gallons of gas for the semester-long commute. And at $4.22 per gallon, that is $297.

If the student were also using his or her wages to pay for school, and taking eight credits at Washtenaw Community College, the same student would spend $56 per week on tuition costs. Weirdly enough, community college students spend more per-semester on books and other required course materials than four-year students do. A full-time community college student spent $710 per semester on books and other required material. We will assume that full-time means fifteen credits. Per credit hour, the student pays another $47 per credit hour for books. At 8 credit hours, that is $376 per semester, or $25 per week for the books.

At the Michigan minimum wage, a community college student working 15 hours per week will have $23 to spare each week after paying his or her direct attendance costs. (Of course, these calculations do not account for the gas required to get to and from work several times each week.) The student’s remaining $23 per week means that s/he better live within about ten miles of work, work four or fewer shifts per week and just to be on the safe side, s/he better not eat.

Price of gas is a barrier to attendance

No one knows how long the price of gasoline will remain elevated, or if it will ever decline. For whatever reason, the laws of supply and demand do not function properly at a gas station. In the long term, some students could take more classes online and make fewer trips to campus.

That will not work for everyone. Students in occupational programs must take their classes in person.

As a concession to those students who need to (or want to) take classes on campus, WCC should work with AAATA to reinstate free bus transportation for WCC students. Currently, WCC students can buy a discounted, unlimited 30-day bus pass for $52. The regular, non-discounted price is $58.

WCC students currently save $6 per month.

Now, keep in mind that the WCC Administration carved out $4.5M from federal relief funds to cover the 1-year operating losses of the Health and Fitness Center. Had they spent that money on bus transportation for students instead, $4.5M would have purchased 77,586 non-discounted 30-day bus passes. If you divide that by twelve, that is 6,465 30-day unlimited bus passes per month. Half of WCC’s students live out-of-district. They either do not come to campus, or they live outside of the AAATA service area and would not use the bus anyway. 6,465 passes per month would be enough to supply not only all on-campus students with bus passes, but also all WTMC students.

According to one Trustee, the Fitness Center was a great investment. So, I will ask you. Which is the better investment: free, unlimited transportation for all WCC and WTMC students for a year, or covering up the operating losses for a fitness center the public never asked for but got stuck paying for anyway?