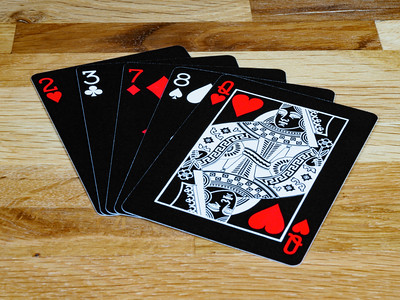 Chasing Other Revenue Is Not Smart

Michigan community colleges have three major sources of revenue: property tax collections, tuition and fees, and the state appropriation. They also have other revenue sources that amount to a small percentage of the institution’s overall budget. This other revenue comes from rentals, investment income, and activities that are secondary to the institution’s mission.

Washtenaw Community College is one of the best-funded community colleges in the State of Michigan. This year, WCC will collect more than $60M in property tax revenues from four (yes, four) millage assessments. The people of Washtenaw County have been exceedingly generous to WCC over the years.

For the last twenty-five years, we have gotten extraordinarily little in return.

The WCC Trustees, whom the people elect to provide oversight over our tax dollars, have excluded the taxpayers from all borrowing decisions. Instead, the Trustees have borrowed millions for construction projects, using the school’s operating funds to guarantee repayment. This short-changes both the students and the taxpayers.

The Trustees authorized one project, the Health and Fitness Center, for the express purpose of generating other revenue. On paper, it seems like a promising idea, but it is not. It is very risky, and the pandemic has made that abundantly clear.

Public and students should not cover Other Revenue losses

As a rule, higher education institutions have remarkably high fixed costs. (e.g., salaries, specialized equipment, large buildings, high utilities costs, etc.) That is the very reason the public pays for education. If colleges and universities operated like businesses, and students paid the full cost of their education, no one would enroll. Further, few schools would exist, and those that did would be small. Students would come exclusively from wealthy families. No one would teach trade and technical education, which is among the most expensive to produce, in schools, period. We would have master/apprentice style trade education as we did for centuries before the advent of universal education.

A publicly funded institution must distribute cost equitably between the student and the public. Each institution depends upon both enrolling a certain number of students and a receiving a minimum level of public support. Institutions cannot avoid high fixed costs, so they can only manage declining enrollment if public support increases. Likewise, it can only manage public disinvestment by raising the direct cost to students.

Because a college commits so much of its revenue directly to operating costs, the institution cannot tolerate losses. “Investing” educational dollars in the pursuit of other revenue puts those funds at risk of loss. It raises the question (or at least, it should) of who absorbs the loss when it happens? Should the public pay for poor management decisions, unanticipated events, 13 Vice Presidents, and escalating costs for non-education-related activities? Or should the institution distribute those costs to students, even when the costs are not directly associated with their education?

The last question is particularly important at a community college, whose students are least capable of absorbing institutional losses.

That simply is not a cost that the public should bear. The facility is a publicly owned, privately operated health club that the public receives no benefit from but pays all the debt for. It also is not a cost that students should pay for, yet student tuition and fees at WCC have increased by 42% since the Health and Fitness Center opened. That is nearly 17% more than the rate of inflation over that period. There is no possibility that student tuition is not subsidizing the enormous (and growing) cost of the Health and Fitness Center.