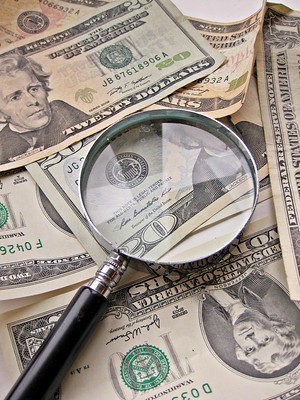 CFO Vacancy Gives WCC Board a Chance to Improve Oversight

The departure of WCC’s current Chief Financial Officer gives the Washtenaw Community College Board of Trustees more than one opportunity to make significant and necessary changes at the College. I wrote about one such opportunity the other day. But the search for a new CFO also enables the Board to consider adopting policies that will improve oversight of WCC’s budget.

Last month, I related the story of the Diocese of Lansing and St. Martha’s. There are takeaways here, not the least of which is the importance of regular audits. State law requires every community college to conduct an external audit every year. That sounds like it should be sufficient to discover any irregularities. It is not. You can find news stories of community colleges that were victims of significant embezzlement, despite being routinely audited every year. The thefts are often the result of poor cash control, lax oversight or both.

The WCC Board of Trustees should adopt a policy of conducting an audit when certain college officers terminate their employment. I say this because the Board of Trustees exercises no particular oversight over WCC’s finances. Asking questions about WCC’s finances is somehow “micromanaging.” So, the Trustees – who are legally responsible for WCC’s financial condition – ask no questions so as not to “micromanage.” In the process, they’ve sacrificed all oversight.

Other Michigan community colleges haven’t fallen into this trap. Their Boards have subcommittees that deal explicitly with the institutions’ finances. They have Audit Committees, Finance Committees, etc., that meet regularly, ask questions and make decisions that they expect the Administration to carry out.

Many ways to improve oversight

To improve oversight, a vacancy in certain executive positions (e.g., the CFO, the President, the head of the Foundation, etc.) should automatically trigger an audit. The Trustees should call in an outside audit firm, different from the one that conducts the required annual audit.

There’s a good reason for doing this. Both the taxpayers and the incoming executive need to know that:

Here’s another way to improve oversight. A few days ago, I was looking at how other similarly sized community colleges classify their CFO. While I was searching for information, I ran across a position at several the 21 community colleges I examined: internal fraud examiner.

A growing number of community colleges are putting an internal fraud examiner on staff. The position typically operates inside of the institution’s Business/Finance department but reports directly to the College’s Board of Trustees. Having a fraud examiner on staff enables the Trustees to credibly exercise their fiduciary responsibilities to their communities (or their State Legislature). It also provides a ground-level mechanism to discourage fraud at all levels of the institution’s operations in real-time.

It is clear that Washtenaw Community College cannot afford to limp along with a Board of Trustees that approves every request and offers no authentic oversight. At this point, the taxpayers should be wondering why the Board of Trustees has placed itself in this position.

It’s a good question, and we deserve a credible answer.