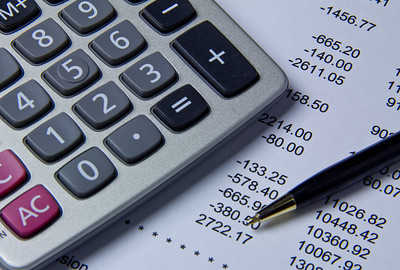 Perhaps you’ve heard the story of the Catholic priest from Okemos who built an 8-bedroom mansion using funds from the parish he oversaw. The story came to light in 2018, following an extensive audit of the parish’s books. The priest – who had been the only pastor assigned to the parish – kept the books himself. The Diocese of Lansing had a policy of auditing the finances of a parish whenever the pastor left. But since the priest had never left the parish, the books had never been audited.

In 2012, the Diocese of Lansing hired a new Chief Financial Officer, who insisted on making changes to the way the Diocese oversaw its parishes. One of the changes he recommended was updating the audit protocols, regardless of pastoral assignment changes. In fact, he hired Plante Moran to audit all of the diocese’s parishes, including St. Martha in Okemos.

Plante Moran visited the parish and made several recommendations to change the way the parish managed its finances. The priest refused to make the recommended changes. Eventually, the Diocese of Lansing insisted upon seeing St. Martha’s books.

Ultimately, the audit discovered that $5M given to St. Martha by its parishioners was missing. However, it didn’t go far. The pastor had spent 20 years building and furnishing an opulent home in Okemos with gardens, statues, barns, a gazebo and fountains behind gates on a 10-acre property. The home features 8 bedrooms, 10 fireplaces, 12 bathrooms, an indoor swimming pool, a two-story library and stained-glass windows. And bundles of cash.

Predictably, things ended badly for the priest. He spent the last years of his life awaiting trial on embezzlement charges. He died earlier this year following a long illness, before prosecutors could have their day(s) in court.

Solid audit protocols can help other institutions, too

The Embezzlement of St. Martha is but one example of what can happen without adequate financial controls or consistent audit protocols. You can find plenty of secular examples of careless money management. In July, the former comptroller for a Louisiana Community College pleaded guilty in a $250,000 scheme, which she had operated for years.

Transparency and trust require exceptional financial controls that include robust audit protocols. When Washtenaw County taxpayers provide as much funding to Washtenaw Community College as we do, and when the trustees exercise no serious oversight, we need rock-solid audit protocols in place. Asking the same auditor to repeat a fruitless exercise on a single account over and over for more than a decade is neither transparent nor trust-inspiring.

The trustees should be authorizing periodic audits conducted by rotating outside auditors on randomly selected accounts at the College. When the taxpayers provide $60M in funding each year, we deserve a high degree of accountability.