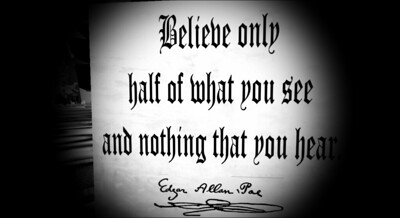 Where have all the high school graduates gone?

In the April 6 Spring Trustee Retreat, WCC CFO Bill Johnson got real with the Trustees. He described a massive decline in the number of high school graduates enrolling in community colleges in the Midwest. I don’t know if that was story time or what, but the Great Midwest Community College Massacre isn’t happening at WCC. In fact, WCC’s enrollment of students under the age of 20 has increased by 33% since 2013.

WCC often goes against the trend, so I wondered what is happening at other Michigan community colleges, in terms of their under-20 enrollment. As it turns out, recent high school graduates are enrolling in large numbers in Michigan’s community colleges. And they have been for years.

Of Michigan’s 28 public community colleges, 24 experienced enrollment gains among students under the age of 20 between 2013 and 2019. In total, enrollment of students under age 20 increased at Michigan’s community colleges by 9,270 students, or 15.5%. Among schools whose U20 enrollment rose, the average gain was 35.4%. Among schools whose U20 enrollment declined, the average loss was 10.75%. Oakland Community College experienced the largest percentage drop – 18.14%. Mott Community College experienced the largest gain at 226%, but I sort of suspect a data reporting error there.

The data simply do not support Johnson’s assertion that community college enrollment has peaked among recent high school graduates in Washtenaw County, or in Michigan for that matter. Even in Detroit, which Johnson specifically called out in his presentation, saw increases in enrollment among recent high school graduates. The total U20 enrollment among Wayne County’s three community college districts rose collectively by almost 2.9%. While Schoolcraft College did lose U20 enrollment, enrollments rose by 3% at WCCCD and 19% at Henry Ford College.

It is infuriating when a highly compensated WCC executive who is supposed to make data-driven decisions starts free-wheeling in front of the Trustees and public in a feeble attempt to justify the Administration’s poor decision-making. Enrollment data from every higher education institution are freely available. It was neither hard nor time-consuming to assess the veracity of Johnson’s inane statements to the Board.

As with EVP Blakey’s recent justification for closing the WCC Children’s Center, the public has the right to expect that WCC’s executives present factually accurate, complete and truthful information and analysis at Board Meetings.

Whether deliberate or merely careless, presenting false or misleading information in a public forum is not a harmless error. It is a profound breach of the public trust, and it should be treated as such.