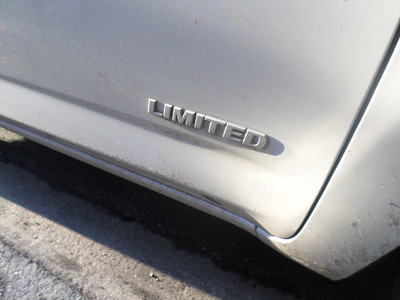 For example, the Entrepreneur Essentials certificate writeup contains justifications that are – shall we say – counterfactual. As evidence of the need or demand for this certificate, Instruction and Academic Affairs presents the following statements:

In the United States, in July 2020 the number of applications for starting a business reached its all-time highs of 551,657 an increase of 95% compared to the same period in 2019, according to the Census Bureau. Entrepreneurship is a consistently growing area of business showing above average growth opportunities in the future.

So, July 2020 was, in fact, the high-watermark for business startups in the United States. Let’s clarify this statement. First, the “application for starting a business” is not really that. Rather, the number measures the volume of applications for an Employer Identification Number (EIN). A better measure of business activity is Business Formation data.

Closer to home, however, the Census Bureau maintains data regarding new business activity at the county level. Unfortunately, they do not maintain this data by month and year. Using the year-only data, the number of business applications in Washtenaw County in all of 2020 was 4,380. On average, that was 365 potential new businesses per month in 2020. Prior to the pandemic, the average number of startups in Washtenaw County was about 300 per month. 300 or even 365 is certainly not as snazzy as 552,000 for the US in a single month two years ago. But it is more relevant to this area, and more accurately describes the annual potential for these certificate programs.

Speaking of which, about 1.5% of Washtenaw County residents are enrolled at WCC in any given semester. If 300 new businesses start in Washtenaw County in any given month, then about 1.5% of those entrepreneurs may have enrolled in this certificate program. If that happened, the potential for this certificate program is no more than 54 people per year. Nine credits for the certificate at the new and improved tuition rate of $110 per credit hour is $53,460 per year. And that’s *if* you can get someone who’s starting a business to part with $1,000 up front. I’m guessing that would be a hard pass for most people in that position.

Finally, because startup businesses vary so widely in capitalization, operation, revenue generation, etc., it’s difficult to find accurate salary data. For the sake of the 45% of businesses that will fail in their first five years of operation, it’s irresponsible to suggest that someone with limited business experience could generate $40,000 in personal wages. (Maybe they can, but statistically, half cannot.)

To limit taxpayer losses on the high number of weak certificate programs the Administration has proposed, WCC should adopt a two-stage approval process. The first stage gets the certificate program in the catalog. If they fail to deliver on enrollment or outcomes after two years, they get the axe. Actual degree programs would get a four- or five-year final approval timeline.
Washtenaw County taxpayers send too much money to WCC to waste it indiscriminately on certificate programs with sorely limited potential.