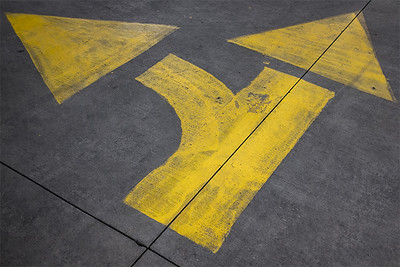 The March 10 WCC millage renewal request represents an increasingly rare opportunity for voters to weigh in on the administration of Washtenaw Community College. Voters typically support WCC, but recent decisions by the WCC Board of Trustees has left some voters asking questions. This series presents a rundown of the WCC millage issues. Voters should consider these before voting on WCC’s Proposal 1 request for “operating expenses” on March 10.

The WCC Board of Trustees now prefers to use General Fund dollars to finance loan debts on capital projects. While the Board has the option of putting capital projects in front of the voters, it deliberately takes money away from operations to pay off loan debts. The loans, from private funders, come with higher interest rates than tax-backed bonds, and an increased risk of default.

This is a sneaky way to avoid going to the voters to ask for a special tax assessment for capital improvements. It also enables WCC to build buildings that the voters get to pay for but have not approved. If WCC ever defaults on these loans, the taxpayers will get stuck with the debts – most likely in the form of an involuntary levy. This is very similar to the situation City of Ypsilanti voters found themselves in with Water Street.

Further, the tactic produces projects that appeal to investors but have very little academic value. The Board recently authorized the issue of revenue-backed bonds to finance the construction of the “Advanced Transportation Center.” The ATC is not really an academic building. In fact, even the President admits that it’s not about “advanced transportation” either. It’s designed to host events and contract training – in other words, money-making ventures that don’t support WCC’s core mission. Its purpose is also remarkably like that of the Morris Lawrence Building.

This financing approach isn’t going away anytime soon, putting it on top of the WCC millage issues to consider. The administration has already stated that it will use revenue backed debt to finance additional capital projects at the campus in 2021 and 2022.

Last June, the Board of Trustees voted to approve a $26M no-bid contract that outsourced WCC’s in-house IT Department. The move eliminated 31 full-time and nearly a dozen part-time positions, despite near-unanimous negative public feedback. The administration selected Ellucian months ahead of announcing the plan to outsource the employees, and provided Ellucian with sensitive data regarding the College’s network and IT infrastructure, as well as payroll and HR information that Ellucian used to “negotiate” its job offers to the outsourced employees.

There is nothing innocent about a no-bid contract – especially one with a $26M price tag. The administration at various times claimed that the move would provide additional security; additional technological resources; better services at a lower cost, and incredibly, that it was the right thing to do. Inexplicably, recognizing the outgoing IT staff is not the right thing to do, though.

In FY 2019, the College budgeted $8.1M for IT services, but had spent only $7.6M when the books closed in June. (That cost includes a multi-million-dollar contract for two rented IT executives.) In FY 2020 – following the outsourcing, the College’s planned budget for IT services exceeds $9M, having been adjusted upward from $8.9M in September. After the majority of WCC’s IT staff – which had provided nearly 400 years of collective IT experience to WCC – left the College on July 31, Ellucian filled most of its open positions with temporary and contract-to-hire employees.

You would think that the increase in IT costs in the FY2020 budget resulted from the managed service contract and the buyout. You’d be wrong. According to WCC’s chief financial officer Bill Johnson, WCC took money from the College’s FY2019 instructional budget to pay for the $2.3M employee buyout plan.

The voters need to decide whether they want a voice in construction decisions, or they just want the bill. Since WCC adopted this private financing strategy, it hasn’t constructed a single building with an obvious academic purpose. WCC has built the Health and Fitness Center; The Great Lakes Instructor Training Center (built for the UA – not for WCC); the parking structure; and now the “Advanced Transportation Center.”

Investors don’t want to finance academic buildings because they don’t make money. They want to finance projects like the Health and Fitness Center (which after nearly 13 years has yet to pay for itself); a parking structure – which could charge fees; and the “Advanced Transportation Center” – a rentable events facility. Investors are OK with having the taxpayers repay them (at a premium) for financing these projects. Apart from the parking lot, these projects return little net value to the community. And because WCC refuses to put these projects on the ballot, taxpayers don’t have a voice in the matter.

The voters also must decide whether they’re ok with the Board of Trustees approving multi-million-dollar no-bid contracts and outsourcing local jobs to out-of-state firms.

In a recent article in the Washtenaw Voice, Board member Christina Fleming said, “I haven’t run into too many people who expressed a concern about it.”

Which is patently untrue. She “ran into” hundreds of members of the public who came to the Board meetings, wrote letters and spoke against the proposal before the Board vote. She just chose to ignore them. The public must decide whether having a runaway Board of Trustees that advances its own private agenda is acceptable.

Published in Board of Trustees, Health and Fitness Center, IT Outsourcing, Millage and News