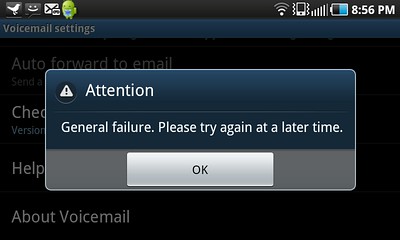 Has WCC Given Up On Its Educational Mission?

WCC’s latest strategy to increase revenues for the College is to turn to real estate development. The new master plan calls for the College to build a hotel and conference center, and retail space around campus. The idea is that WCC will build and maintain the buildings, and hire private companies to operate businesses inside of them. Frankly, it appears as though WCC has given up on its educational mission.

It’s one thing to allow bookstores and restaurants to do business in College buildings; these businesses directly support the student population on campus. It’s quite another to seek outside groups to come to campus, rent the facilities, and provide lodging for people who otherwise have no connection to WCC.

At first blush, this strategy seems to signal that WCC needs the money. It does not.

WCC has a relatively stable enrollment and receives a lot of money from Washtenaw County taxpayers. With two exceptions, the voters have always given WCC the money it has asked for. Property values are high in Washtenaw County, so the College collects more revenue than most of the other community colleges in the state. Further, the voters genuinely value public education and will do what it takes to support it.

WCC’s educational mission is being replaced

Under these circumstances, it is odd that WCC wants to divert its education tax revenues to fund real estate development instead.

First, the voters will fund education. If WCC shifts its mission from education to anything else, the voters won’t (and shouldn’t) support the College. Without significant voter support, the College will deteriorate. It will also jeopardize the long-term viability of an educational institution designed to support and enfranchise lower-income residents in Washtenaw County. Moving away from the educational mission is the first step in a destructive downward spiral that has only one possible outcome.

Second, no one has said that this area lacks for hotel space. On the surface, “If you build it, they will come” might make a good movie, but it’s a pretty terrible strategy for anything else. If the WCC administration had done studies that indicated the area’s desperate need for a hotel and conference center, they’d at least be basing this proposal on something. Instead, they’ve talked to absolutely no one but themselves.

If they could prove that a hotel and conference center were magic bullets for Washtenaw County, and that no one else in the County had the wherewithal to undertake such a project, maybe. But they haven’t, and they can’t, because it’s not true.

The Ann Arbor area has a significant amount of available meeting and conference space today. Were WCC to build a new meeting facility and hotel, it would compete directly with local hoteliers. And it would enter this space backed by the wealth of Washtenaw County’s taxpayers. Competing directly against private businesses using taxpayer funds is unacceptable. It sends a chilling message to Washtenaw County’s businesses. Today, it’s a hotel. Tomorrow, it could be a massive auto repair business. When the playing field is so tilted in favor of WCC, why would any private business enter the marketplace here? WCC has an obligation to support the community, not decimate it by wiping out otherwise viable enterprises.

Third, EMU already owns Eagle Crest, a major hotel with a lot of conference space and a golf course. They also operate the Convocation Center. Why does WCC want to compete against EMU? What possible benefit could that bring? More likely, it will impair both facilities, and then the taxpayer loses twice.

Fourth, WCC has already tried this model with the Health and Fitness Center. This operation was supposed to pay for itself. It strongly appears as though the building CANNOT do that. The HFC has been in operation for twelve years, not yet having broken even. If it can’t pay for itself after a dozen years, it’s probably not going to. There’s no reason to apply this failed strategy to bigger and more expensive things.

The true meaning of WCC’s foray into real estate development

The mere fact that WCC incorporated real estate development into in its master plan is significant. It is an admission by WCC’s administration that they can’t make the “education thing” work anymore. It’s gotten too hard. WCC cannot improve its programs enough to keep its enrollment up. WCC can’t draw in students. They may as well use the money for something good, since the College is somehow not equipped to survive declining enrollment.

If the WCC administration and its Board of Trustees have given up on the educational mission, why should the taxpayers continue to support the College? Perhaps the problem is not whatever future challenges the College may face, but rather the inability of its current leadership to address them.