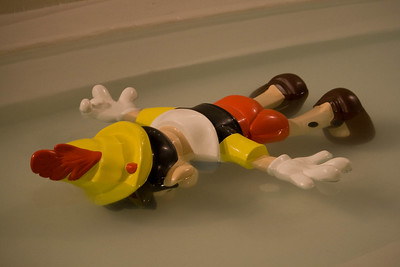 Washtenaw County has run out of students

Yesterday I wrote about WCC’s enrollment data for students under the age of 20, and why the CFO’s presentation to the Board was ass backward. Despite “research” showing that Washtenaw County is running out of students, the facts just keep getting in the way.

WCC’s CFO Bill Johnson attempted to claim that WCC was in the middle of an enrollment crater that’s wiped nearly one-third of high school graduates out of community colleges. “The Great Midwest Community College Massacre is real!” he claimed.

Nothing raises red flags faster for me than when someone feels compelled to tell me that their claims are real.

(Seriously? Wait here while I check that…)

I haven’t recovered from yesterday’s episode of “When Bullshit Attacks!”. (I know this because the stress meter on my wearable just went off. It keeps telling me to breathe…) Nonetheless, I feel it necessary to get back into the “demographical headwinds” that Johnson so painstakingly established.

“As you look at our forecast, we have a finite market, if you will, within Washtenaw County, and so those headwinds, the demographical headwinds within the county, we think will continue to show in declining credit hours within the district. However, partially offsetting that decline will be in our out-of-district, wherein by the strength of our programs that we believe that we’ll be able to continue to fully offset that same demographical decline that we see in our in-district, that we’ll be able to offset it in out-district, which is a market that we think is getting more and more traction from us. And so that helps to temper that view of declining enrollment year-over-year at as we go into the future.”
Bill Johnson, CFO, WCC

If I were a community college Trustee in a county with an above average poverty rate and a higher-than-average young adult population for the region, and a College executive stood up at a meeting and claimed that enrollment is declining, my only question for that person would be, “And what are you doing about that?”

The fact that the State of Michigan has managed to scare up more than 180,000 adults in Michigan who want to take advantage of free community college tells me that there is plenty of demand for the service.

My bullshit detector may be overly sensitive, but if the WCC executives want to suggest (with a straight face) that WCC will enroll exactly none of those 180,000 students, I would be immediately certain that only a good housecleaning on the second floor of SC would cure the College of what ails it.

Community colleges in Michigan have just been handed the largest gift Lansing has ever seen fit to bestow on them in the form of not one but two free community college programs. At the same time, the federal government has literally carpet-bombed two-year colleges with cash. Even the weakest, most incompetent leadership should be able to perform in these circumstances. Any WCC executive who goes to the Trustees claiming that Washtenaw County is fresh out of students should be fired on the spot.