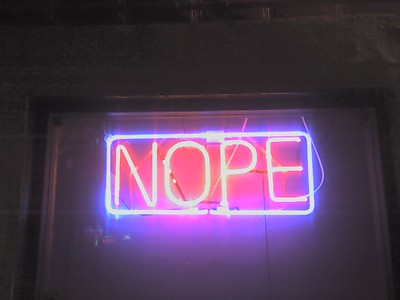 Vote for the millage and no one gets hurt…

It would be very easy to write off WCCWatch as an angry response to the outsourcing of WCC’s IT staff. That is certainly how the WCC administration would like to position this, but the WCCWatch story is just not that simple. If you are reading this, I am trying to warn you that there are serious problems at WCC that will negatively affect every county resident if we do not use the millage proposal to correct them.

Very few people in Washtenaw County have absolutely no interaction with WCC; the institution touches nearly all of us in one way or another. Washtenaw County residents have unfailingly invested in the promise of vocational and occupational education for the past 54 years. The College has the good fortune to be supported by people who believe that education is key to the overall well-being of our county. Collectively, we have provided hundreds of millions of dollars to support the vision WCC represents since 1965.

Lack of oversight is hurting WCC

Every year since WCC’s inception, we have elected Trustees to oversee the administration of this community-funded resource. They represent our ownership interest in WCC, and legally, they are authorized to act on our behalf.

So, when the people we have elected to serve on the WCC Board of Trustees and the administrators they have hired:

every resident of Washtenaw County should ask whether the Board of Trustees and the WCC administration are actually serving the taxpayers.

Look at the Board of Trustees’ actions

Ignore what the WCC Board members say. Instead, look carefully at what they do. You will see:

WCCWatch is really about the issues

You can dismiss me as being angry, but you cannot dismiss these issues. I did not create them; I am merely calling your attention to them and asking you to weigh in on whether or not this is what you had in mind the last time you approved “operating funds” for WCC.

In a recent article in the Ann Arbor Observer, former WCCEA president David Fitzpatrick was quoted as saying that these issues should be addressed through the Board of Trustees.

The Board of Trustees deliberately chose to ignore the public when the electorate provide overwhelmingly negative feedback on the plan to outsource the IT staff. When the Board of Trustees fails to acknowledge and act on clear, substantial and unambiguous feedback from the public, they marginalize the community and reduce us to merely paying the bills.

In marginalizing the public’s input and our best interests, the WCC Board has invited the public to use its only remaining method of communication – the power of the purse.

Student costs will rise no matter how you vote

Fitzpatrick also indicated that turning down the millage would raise student tuition and cause the cancellation of programs. A millage is never a one-shot gamble for WCC. If you turn it down in March, the administration will merely ask for it again in May. Or August. Or November. They can even ask for a special election at any time, if they pay for it.

If you don’t approve the millage, the Board will likely raise student tuition, because apparently, cutting expenses has never occurred to them. If you *do* approve the millage, student fee increases will fund the debt payments on the construction projects WCC has planned over the next 3.5 fiscal years.

In short, regardless of whether you do or do not approve the millage, student tuition and fees will rise. They will rise not based on what you do at the ballot, but rather because the Board of Trustees refuses to control the WCC administration’s spending.

The Washtenaw County taxpayers own WCC. It is time to demand a Board of Trustees that places the best interests of the taxpayers and the students above the administration’s shopping list.