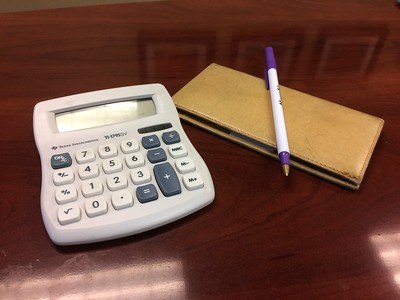 Washtenaw Community College is asking for a millage renewal on March 10, 2020. The WCC millage request represents about $17.5M in “operating funds” each year. Right now, you have a general idea of what the term “operating funds” means. You think it’s self-explanatory. And it should be.

Voters cannot base their decisions on what they assume WCC means by “operating funds.” Rather, look at how the WCC millage money actually gets spent.

First and foremost, Washtenaw County voters need to get comfortable with the fact that the WCC millage rate means that WCC never has to ask voters for permission to build a building again. The last time WCC asked the voters to build buildings was in 1996. Since then, the construction on campus has been funded with revenue-backed debt. The College basically takes loans and repays them with “operating funds.”

Revenue-backed debt puts YOU on the hook

On one hand, you might say, “Well, I’m OK with anything that doesn’t raise my tax bill.” Here’s why you should not be OK with revenue-backed debt for any municipal capital project. First, it’s more expensive than voter-backed debt. The interest rate the College pays on revenue-backed bonds is higher, because the risk of default is higher.

Revenue-backed bonds pose a higher risk of default. In WCC’s case, there’s nothing but the property taxes to back these bonds. I’m not saying that default will happen. If somehow, the College did default on these bonds, a court could order the County to tax residents to pay for them. And the tax bill you were worried about? It could rise much higher to pay off a default on revenue-backed bonds. It is always cheaper and safer for everyone involved to pay for long-term debt with tax-backed bonds.

This is similar to the City of Ypsilanti’s Water Street fiasco. Although Ypsilanti voters ultimately stepped in to pay the Water Street debts, the City came very close to defaulting. Default is the unspoken risk that the WCC Trustees put upon the taxpayers each time they authorize revenue-backed debt. And nothing prevents them from authorizing multiple issues.

WCC’s revenue-backed bonds make you liable for debts that you did not authorize.

Revenue-backed debt takes operating funds away from the students

It is reasonable to expect WCC to use its “operating funds” to pay for teachers, programs and facilities that educate students. When WCC issues revenue-backed bonds, it has to divert money from operations to pay off its loans. That takes money away from instruction, building maintenance and other high-priority expenditures.

WCC can’t just keep borrowing, so it is now proposing a $10-per-credit-hour fee to help defray the cost of these new debt issues. What that should tell you is that WCC’s CFO is not confident that WCC’s operating funds can support additional debt AND the College’s operations.

Then think about this: if you’re going to lay some serious charges on the students, they should at least be for buildings students are going to use. The “Advanced Transportation Center” isn’t one of these buildings. The WCC faculty typically has offices in the buildings in which they teach. The ATC doesn’t have any faculty offices. There will be no meaningful academics going on here. This building is intended for “corporate training” and events. (Sounds a lot like ML, doesn’t it?)

WCC wouldn’t have to divert any of its operating funds to pay for construction loans or lard fees onto students’ tuition bills if it asked the voters to pay for these capital projects. Of course, the voters will only authorize construction that makes sense. If the WCC Board is specifically trying to avoid the voters on this one, what does that say?

You don’t get to vote. You just get the bill

With revenue-backed bonds, the voters don’t get a say in whether or not a building gets built. The Trustees could authorize the Administration build an amusement park using a revenue-backed debt strategy. And as long as the park pays for itself, it’s all good, right?

The strategy is only good if a side hustle actually pays for itself. Construction costs are only one part of this equation. The ongoing cost of operating an amusement park is another. And as the operating costs rise for the amusement park, WCC will need to divert operating funds away from instruction. Amusement park operation becomes all important because the park has to make money to pay for its debts.

This is exactly the model that WCC uses for the Health and Fitness Center. Guess what? It hasn’t worked yet. You can substitute any commercial operation for the amusement park. They’re all equally irrelevant to WCC’s educational mission, and they’ll all have the same impact on WCC’s operating funds.

Given the massive size of its appropriation, WCC should not have to borrow a dime to repair its buildings. We provide the College with plenty of operating funds to pay for building upkeep. Instead of using its operating funds wisely, they’ve spent the money on other things. And now, they’re issuing more debt for an unnecessary building, and to address a long-standing practice of building neglect.

Do you really want to write a blank check?