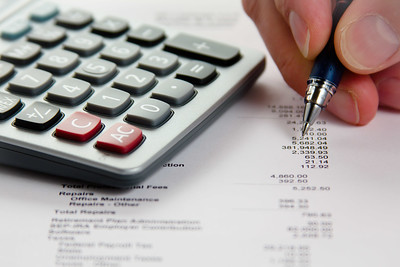 According to a report released earlier this month by the National Student Clearinghouse Research Center, fewer transfer students from community colleges make it to four-year universities. Transfers are down by 16% over the last two years. This is unwelcome news, but it should not come as a surprise.

Let’s parse what this means. Students come to community colleges for a variety of reasons. Primarily, students enroll in an occupational/vocational/technical program for workforce preparation. Alternately, they attend classes at a two year school because they intend to transfer to a four-year institution. The transfer students are there presumably to reduce the overall cost of a four-year degree; improve their college readiness or accumulate general education credits before seeking admission to a four-year program. Often, it is a combination of the three.

Transferring credits is not as easy as it seems. Although Michigan law regulates how credits transfer among state higher education institutions, there is no guarantee that transferred credit will apply. Transfers students often end up taking a considerable number of classes to fulfill general education and degree requirements. The extra classes at the university level quickly consume whatever savings a transfer student may have realized by taking classes at a community college. Absent stellar academic advising at the community college level, it makes more sense to take classes at the four-year university.

The pandemic has provided just the opportunity to do that, too. Most universities dropped their standardized testing requirements for admissions. Many have already announced that they will either be “test-optional” permanently or test-free for several years. Universities are using the pandemic to test the impact of standardized testing on class composition. Students are using the change to take a shot at their preferred schools.

Studies have shown that an applicant’s perception of their test scores relative to the published “average” of a specific school often leads them to self-select their application path. Students who believe that their test score will hold them back do not even apply. Not taking the test or not submitting the score eliminates this self-bias. Some schools have been flooded with applicants who otherwise never would have sought admission.

All of this is bad for the transfer pipeline from community colleges to four-year universities. As many students have figured out, a tour of duty at a community college may no longer be necessary. For the community college, this means fewer students, lower revenues, lower graduation rates, and fewer filled classes.

Community colleges that bet the farm on a steady flow of transfer students are now at a crossroads. In some cases, they have downgraded or dismantled their technical and occupational programs. They have neglected these facilities, failed to develop new occupational programs, and closed others because they were “expensive.”

The “enrollment crisis” at the nation’s community colleges is a mess of their own making. Administrators relied heavily on broken selection and enrollment processes at four-year institutions to boost their own numbers. Worse, they closed technical and occupational programs because the programs did not turn a profit. (The English Department does not need to produce an annual P/L statement.)

In the past decade, WCC has taken on a lot of highly compensated executives. It is now time for them to turn a profit. If they cannot demonstrate their worth or show that they bring in more than they cost, it’s time to show them the gate. Like standardized tests, carrying a large number of overpaid executives on the payroll does not correlate to student success.