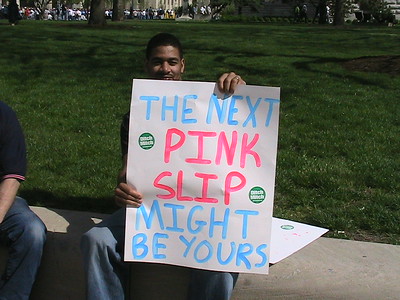 A recent report in Inside Higher Ed begins to reveal the impact of revenue shortfalls on higher education institutions. The sector shed more than 118,000 jobs last month and 350,000 since the onset of the COVID-19 pandemic.

Typically, personnel costs make up the largest institutional expense, so there are relatively few non-personnel expenses to cut. Some institutions rely on non-core revenues to defray the cost of administration. As losses mount, some higher education institutions are having a hard time making ends meet.

This circumstance, which is playing out throughout the United States, illustrates why it is essential for governing board to restrict the growth of institutional administration. Between 1980 and 2015, administrative costs at US higher education institutions grew from about $13B to $122B. Administrative growth has not increased enrollment, so institutions must seek out alternative revenue streams to support the bloat.

Governing boards have an obligation to restrict administrative growth in positive economic cycles to preserve efficiency in downturns. Put more bluntly, when you don’t hire, you don’t fire.

WCC’s Board of Trustees approves “the Personnel Report” every month. It seems like a formality, but other community colleges don’t swallow their personnel requests whole. Instead, they discuss the addition of each position individually and determine whether the position is needed and/or filled. By taking an individual approach to each position, it becomes more difficult to ignore unrestrained administrative growth.

Disguising institutional hiring among personnel changes in an all-or-nothing format makes it very difficult – if not near-impossible – to exercise actual oversight over the growth of WCC’s administration. Since 2012, WCC’s (inflation-adjusted) administrative costs have increased by nearly 18%. Between 2012 and 2019, the size of the administration increased by about one-third.

This happened because the Board of Trustees does not evaluate the filling of positions on an individual basis. This practice guarantees revenue shortfalls in a negative economic cycle.

The WCC Board can argue that it is an “advisory board” and a “policy board,” but it is neither. It is a governing body. It has not advised the Administration to stop expanding, nor established policy to prevent excessive administrative growth. In other words, although it has the authority to, it has done nothing to control the size and cost of WCC’s administration.

We need a Board of Trustees that does something. We also need Trustees who clearly understand why the taxpayers have elected them to the WCC Board.

Just so we are all clear, it is not because the taxpayers admire their “advice.”
—
WCCWatch: Martin Thomas | WCCWatch: David DeVarti | WCCWatch: Christina Fleming | WCCWatch: Ruth Hatcher