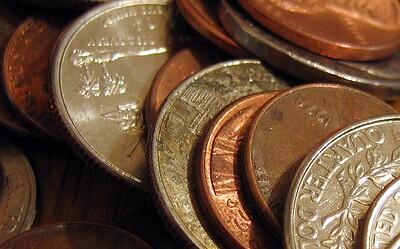 The cursory explanation of the real wage problem is that inflation-adjusted wages have been stagnant. After accounting for inflation, low- and middle-income workers haven’t gotten a raise in 50 years. The problem, of course, is that real wages haven’t been stagnant for the last 50 years. Wage stagnation would have been better than what actually happened. According to the Bureau of Labor Statistics, the average real hourly wage for production and non-supervisory employees in February 1973 was $23.24. The real average hourly wage for production and non-supervisory employees in March 2019 (just prior to the pandemic) was $23.24.

Yep. After accounting for inflation, workers made no gains in salary for nearly 50 years. But that’s not the whole story. February 1973 was a peak for real hourly wages. After that point, real wages dropped steadily until they bottomed out in the 1990’s. They began climbing again and peaked in December 2021.

Today, childcare, housing, transportation, and health insurance premiums quickly consume these nominal gains. Going to school to escape the working class won’t help much. Real wages among college graduates have been largely stagnant (or declining) for years. You could argue that there are many fewer production jobs today than there were in 1973. You’d be right. Service industry jobs have replaced many production jobs. But service jobs pay even less than production jobs do.

For low-wage workers, a community college degree doesn’t enable economic mobility. At best, it is worth – on average – a few thousand extra dollars per year. Going back to school isn’t worth the investment of time, effort or money.

Workers can make nearly as much in entry level jobs as they can in fields that require an associate degree. Until we find ways to address the real wage problem for low-wage earners, community college enrollment will continue to decline.