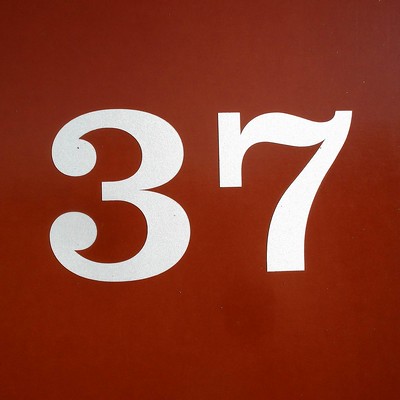 I ran across a college ranking site recently that had some interesting observations about Washtenaw Community College. In terms of Michigan higher education institutions, the site ranked WCC 42nd of 67 in overall quality. The site doesn’t offer a really good apples-to-apples comparison because the list of institutions contains both 4-year and 2-year colleges.

At 42, Washtenaw Community College ranks in the bottom 37% of Michigan higher education institutions. Which is too bad, because the people of Washtenaw County make a huge investment in WCC each year. We should get much higher quality for the $60M in annual property taxes that WCC collects from its four millage assessments.

Bottom 37% is simply not an acceptable return on our investment. The Board of Trustees should hold the administration accountable for Washtenaw Community College’s mediocre performance. That’s exactly what we elected them to do. But the Trustees seem to be conscientiously ignorant of the conditions at WCC.

So, what does it take to hit the bottom 37% of all higher education institutions in Michigan? WCC has the second-lowest overall tuition-and-fees costs of all Michigan community colleges, yet it ranks 16th in “value-for-the-money,” behind 11 other community colleges. In the balance between value and money, the money’s not the problem, so it must be the value.

The student-to-faculty ratio at WCC is currently 18:1, which is close to the national average of 15:1. Unfortunately, WCC loses points when it comes to the number of full-time instructors. The Washtenaw Community College Administration has rigidly controlled the number of full-time faculty. WCC’s full-time faculty make up just 28% of the teaching staff at the college. The national average is 47%.

According to WCC’s 2019 institutional data, there were 161 full time faculty members on staff. (That dropped to 156 in 2020.) WCC also reported 494 part-time instructors. By that measure, the full-time faculty comprise less than 25% of the instructional staff.

If WCC were average in terms of the size of its instructional staff, it would need to hire another 147 full-time instructors just to be average.

The number of full-time faculty has been rigidly controlled for years. WCC’s failure to increase the number of professional faculty has reduced the quality of instruction. It’s also likely reducing enrollment. Relying on part-time instructors to provide the lion’s share of instruction does not serve the students. Worse, the Board of Trustees has allowed the size of the administration to explode.

As a side note, Oakland Community College – the top-rated community college in Michigan – has a larger full-time faculty ratio, a 19% larger student body, a 17% smaller administration and spends less on instruction than WCC does, yet produces better results for everyone.

For students hoping to transfer, the quality of the instruction matters. The issue goes beyond simply transferring credits. When students are academically unprepared to succeed at a more demanding institution, their academic and financial futures are at risk.

WCC’s money-for-the-value score doesn’t help the 1 out of 5 students who take out student loans to pay for school. According to the Department of Education, the average loan debt for WCC students who finance their education exceeds $13,000. That may not sound like a lot, but when the average alumni salary following graduation is $29,000, that goes a long way toward explaining why 15% of WCC graduates default on their student loans. It also explains why nearly a quarter of alumni can make student loan payments but can’t reduce their student loan debts.

The average Washtenaw Community College graduate earns $29,200 following graduation. That’s also known as $14 per hour. Worse, it’s 26% less than the average college graduate’s salary in the years following graduation. So, students don’t see a return on their investment of time and money. The community doesn’t see a return on its investment of tens of millions of dollars annually into WCC. And the Trustees sit on their hands, demanding neither performance nor accountability as the Administration hires more Vice Presidents.

Washtenaw County taxpayers invest a lot into Washtenaw Community College and get very little in return. If our elected Trustees will not hold the WCC administration accountable, the taxpayers must demand accountability from the Trustees.

We should be getting more than bottom-37% for our money.