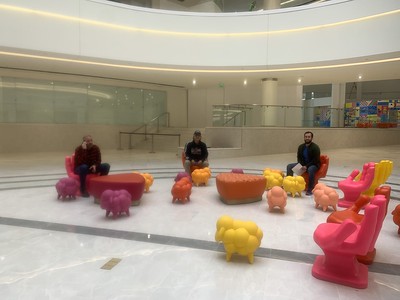 Private projects, public debt: How not to spend tax dollars

Two different cities, two different projects, same result. I’m referring to the American Dream complex in Newark, NJ and the Loews Kansas City Hotel in Kansas City, MO. Both cities funded these projects with public debt expecting tax revenues in return. Both projects made bond payments this month, and both projects had to dip into their reserve funds.

The American Dream mall and entertainment venue has been nearly 20 years in the making. It sits in the Meadowlands Sports Complex, home to MetLife Stadium, Meadowlands Racetrack, Quest Diagnostic Training Center and the now-closed Meadowlands Arena. The American Dream mall is a mashup of amusement parks, miniature golf courses, an aquarium, an indoor ski slope, a dine-in movie theater and retail space. It was originally scheduled to open in March 2020. (Oops.)

The State of New Jersey owns the Meadowlands Sports Complex and collects tax revenues on events there. It also plowed more than $1B (in the form of public debt) into the project. The American Dream’s grand opening didn’t happen. At least, it didn’t happen in March 2020. The complex is about 70% entertainment and 30% retail. The retail portion of the mall was supposed to be filled with high-end shops and flagship stores for some of retail’s biggest names.

In the early days of the pandemic, the State of New Jersey ordered all non-essential businesses closed. That order included malls. Retailers could not afford – or did not want – to spend money on stores they could not open. The pandemic delayed the retail opening of the American Dream for months. While the mall sat empty, several high profile retailers that had originally signed leases either went bankrupt or pulled out of the mall. Currently, about 75% of the retail space is occupied.

Now, this is private debt, and unrelated to the public debt that the State of New Jersey issued. But the mall, which sits on state-owned (and state-improved) land, is clearly in deep financial trouble. Developers originally predicted the mall would generate $2B in its first year. (It actually generated about 10% of that.) If the mall fails – a realistic possibility – the State of New Jersey will still owe the $1B in public debt it borrowed to support the mall project. That’s about $310 from every household in the state.

And then there’s Kansas City (MO). In 2018, KC issued two series of municipal bonds to finance the construction of the Loews Kansas City Hotel. The “B” series ($63M) paid for the construction of parking and meeting spaces in and around the hotel. Earlier this month, a payment was due on the B-series bonds. KC made the payment of $1.6M but needed to take nearly 30% of the money from its reserve funds.

You see, the project was supposed to pay for itself. The hotel was going to generate a lot of convention business. The city was going to collect lots of money from the special tax district it set up around the hotel. And the tax revenues were going to pay for the bonds. (Stop me if you’ve heard this one.)

Gambling with public funds is risky

Of course, the hotel opened during the pandemic. It’s been largely empty since. The convention business is pretty much adrift. According to the American Hotel and Lodging Association, members can expect only about half of the volume of conventions in 2022 that they saw pre-pandemic.

You may recall that Kansas City used general fund money in October 2021 to prop up the T-Mobile Center, which it owns. (That was also supposed to pay for itself.) Those two projects – the hotel and the arena – are less than a half-mile apart. And combined, they’ve cost Kansas City taxpayers an unplanned $5M in the last 90 days.

My point – which is entirely wasted on those individuals who are dead set upon spending taxpayer dollars – is simple.

If a private project needs public funding to move forward, it’s not worth doing. You cannot anticipate – much less mitigate – the serious risk of financial loss. And if you honestly believe your project will pay for itself, you should probably resign.