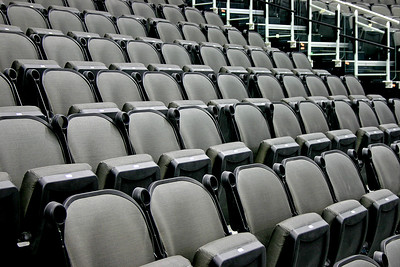 Kansas City will use $4.2M from the city’s General Fund to prop up the T-Mobile Center, the city’s multipurpose arena. The funds will pay for new LED signage, technology upgrades and new basketball equipment for college tournaments.

The city has hired a private operator to manage the day-to-day operations for the arena. As part of the agreement, the operator pays for 35% of the T-Mobile Center’s capital maintenance costs. Kansas City pays for the other 65%. Normally, the city – which owns the arena – collects a tax on hotel rooms and rental cars to pay for its share of the arena expenses. The pandemic has reduced those tax collections by more than half, leaving the city without sufficient funds to pay the arena’s bills.

The absurdity of spending $4.2M from the General Fund, which would ordinarily pay for the police and fire departments, road repair and other basic services, on basketball equipment is not lost on the KC City Council. One councilperson asked city employees how much money the arena generates for the city in good years. The answer: it pays for the maintenance on the facility, but otherwise, not much.

They explained that the city would need to cough up even more in the coming years to pay for the facility’s debt service and additional capital expenditures. The building is 14 years old.

The City’s finance director explained that the General Fund simply does not have the kind of money that the T-Mobile Center will require in the coming years. An attorney representing the facility operator said that the maintenance on the building was critical to attract top acts and college tournaments. Not landing those would result in even larger financial losses to the City.

Kansas City’s general fund is not that big

The City issued $233M in bonds in 2005 and 2006 to pay for the construction of the arena. The City’s portion of the revenue went into a special arena fund to pay the arena’s bills. (You see, the arena was going to pay for itself.) But the special arena fund has run dry. So, the city, which guaranteed the bond payments from its General Fund, must now spend its operational dollars to support the T-Mobile Center.

The arena has a higher spending priority that the police and fire departments do. Kansas City needs to replace its sidewalks. (Apparently, everything is not up to date in Kansas City.) The sidewalk replacement plan could cost the city hundreds of millions of dollars. But they cannot replace sidewalks because their bond debt now requires them to throw good money after bad. And they are putting lives at risk for an unnecessary building.

It is not just basketball equipment the city needs to buy. Next up is the building’s HVAC systems. And then the concessions and the luxury boxes because the city promised that to the NCAA. Those will cost millions more. Millions that the city does not have and will not get at least until the pandemic ends.

Judging risk is harder than it looks

If the story sounds familiar, it should. There is a lesson in here about public entities not properly judging the downside risks of their short-sighted actions. About not looking at the long-term costs and obligations a “sure-fire money-maker” will incur. About not having a backup plan in case Plan A does not work. Or carelessly risking their operational cash for anything that isn’t operational. Or people who claim to be conservative in principle but are not conservative in practice (when spending public funds). And not acknowledging who gets hurt when things do not go according to Plan A.

Do not feel too bad for Kansas City. With a few trivial substitutions, this is exactly what is happening to WCC and the Health and Fitness Center. The only major difference is that the KC City Council is asking challenging questions about the city’s spending priorities. The WCC Trustees, on the other hand, are congratulating themselves for making a brilliant investment.