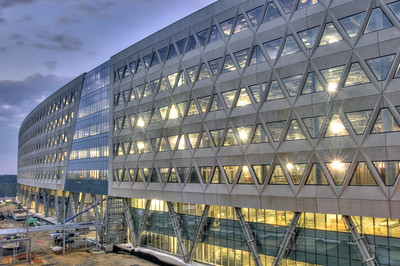 The latest Gordian report raises questions about the need for new campus construction. Based on enrollment data since 2007, students aren’t driving the need for more campus space. So why are colleges (including WCC) adding space on campus?

One potential explanation is the institutional refusal to properly maintain buildings and perform timely capital refreshes. Maintenance and renovation are the most cost-effective ways to maximize the lifespan and usefulness of a campus building. It is shocking that administrators refuse to allocate sufficient funds to maintain existing infrastructure and invest in building upgrades. But this is only possible because governing bodies do not insist upon protecting the taxpayers’ investment in the campus.

The intentional failure to maintain and upgrade buildings leads to what the industry refers to as a “maintenance backlog” and what I call neglect. Eventually, the cost of the maintenance backlog meets or exceeds the cost of replacing the building. Unfortunately, most new construction on campus does not replace dilapidated or neglected structures. Administrators are simply creating more space.

Student are not driving the need for new campus construction, but they’re certainly paying for it. Every time WCC has raised a building since the mid-1990’s, student tuition and fees have soared. Because the WCC Board refuses to seek tax-backed bonds, the only funding source for unnecessary new campus construction is student tuition and fees. Increasing the cost of attendance reduces the number of students who can attend. This is borne out by enrollment statistics in the years when new construction occurs on campus.

This phenomenon is not merely observational. The WCC Board and the Administration discussed this exact topic in a Board Retreat. The CFO explained that the College could not afford the “Advanced Transportation Center.” WCC would need to seek a fee increase of $10 per credit hour to pay for the project. There was only minimal discussion of a tax-backed bond issue. Certain Board members shot down that idea because they did not want their own property taxes to increase.

With the enrollment in decline, the cost of projects like the “Advanced Transportation Center” will weigh even more heavily on the remaining students. They deserve an explanation for why they are being asked to pay for yet another mostly non-academic space.