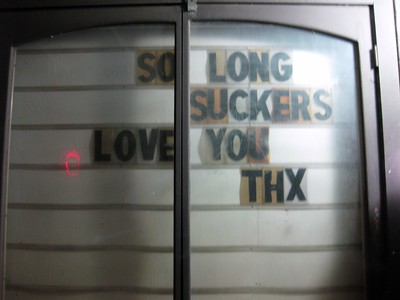 Mott Community College announced today that it received a four-year, federal grant from the U.S. Department of Education’s Child Care Access Means Parents in School (CCAMPIS) program. The program provides funds to support or establish campus-based childcare programs primarily serving the needs of low-income students enrolled in post-secondary programs. Institutions may use the grants to subsidize before- and after-school services. The grants support community users, too. On-campus facilities can use the grants to serve the childcare needs of the institution’s community.

This isn’t a new program. It dates to 1998. Several Michigan colleges and universities, including a number of community colleges, have taken advantage of the program. WCC never did. This is especially infuriating since the WCC Administration’s justification for closing the childcare center was that it operated at a loss.

WCC did not establish the Children’s Center as a profit-making venture, but that’s not the point. WCC could have sought federal funds to offset the cost of operating the Children’s Center, but no one at WCC ever asked for them. Before you decide that the relative richness of our community was the reason WCC never got these federal funds, you should know that the University of Michigan and Michigan State University were regular recipients of this particular grant.

The money was there to offset the cost of operating the Children’s Center.

Childcare is hard to come by right now

Childcare is a significant problem in this area. The AAPS has severely limited its after-school care program, which left parents scrambling. The day care industry has experienced significant declines in the number of workers entering the field, even as the number of parents seeking care has risen. Since day care licensing is strictly staff-dependent, not being able to find staff means limiting the number of children that providers can care for.

Additionally, the former Children’s Center – which was supposed to have been turned over to WTMC – will now house Morris Lawrence Building staff while that facility undergoes rehabilitation. The Administration cannot even stick to the plan it publicly announced for the Family Education Building.

Our community is not so rich that its poorest members can afford private day care while they attend classes. Federal funding was available to help defray the cost of operating the center. The Board of Trustees, which is supposed to advocate for the community sits silently while the Administration destroys a necessary resource for low-income students and then doesn’t even follow through on plan that motivated the closure.