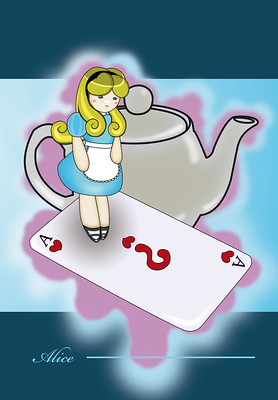 One of the stated goals of Michigan Reconnect was to enroll 70,000 Michiganders age 25+ in educational programs by July.

According to the State of Michigan, more than 72,000 Michiganders have applied for benefits under the program as of May.

Programs like Michigan Reconnect and Futures for Frontliners prove that all the hand wringing by WCC’s administration is unnecessary. There are literally thousands of applicants throughout Washtenaw County, Livingston County, Lenawee County and elsewhere in the state. These prospective Michigan Reconnect students are all above the age of 25. They’re not in the “traditional student” bracket, but their ages are very typical of community college students.

The WCC Board of Trustees must stop taking at face value what the WCC administration is telling them. There are plenty of prospective students out there; WCC is simply not doing an effective job of reaching them.

Taking that step, however, would require the WCC Board of Trustees to start exercising actual oversight over the WCC Administration. Oversight means asking questions, applying critical thought and not blindly approving literally everything the Administration asks for.

Washtenaw County taxpayers built WCC for the purpose of promoting education and economic development. We have invested heavily in WCC for more than 50 years. The Administration’s position that enrollment will drop is simply an admission that they do not know how to raise it. (Kind of shocking given the number of Vice Presidents currently on WCC’s payroll.)

The two statewide programs have shown incontrovertibly that money is the issue for these students. WCC may have attracted all the middle-class high school graduates it can, but they are not WCC’s only enrollment target.

According to the Washtenaw United Way, more than 25% of Washtenaw County households qualify as Asset Limited, Income Constrained, Employed (ALICE) households. The people in these households are employed. They are not employed gainfully enough to get themselves ahead. For the most part, they’re treading water from an economic standpoint. As a result, they cannot afford to attend school, even if that would work to their economic advantage. Because they are independent adults, they may not even know about available federal, state or institutional financial aid. They may know about it, but they may not know how to access it. Simple stuff.

Instead of finding these individuals and working to enroll them, WCC is planning to build a hotel. What’s worse, they plan to build a hotel for the express purpose of NOT NEEDING STUDENTS to continue operations. Washtenaw County has lots of hotels. Realistically, we need people who are well educated, well trained and economically stable. We also need a community college administration that focuses completely on the needs of the county and the students. To get there, we need a Board of Trustees who provides oversight and demands accountability from its Executive.