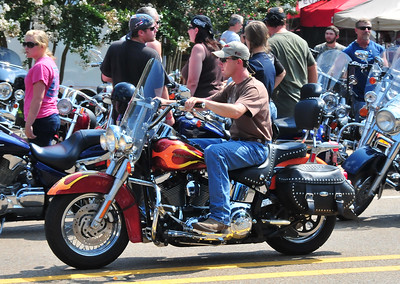 The discussion regarding mandatory vaccination rages on, but two recent events clearly show the result of mandatory vaccination. Lollapalooza, the on-again-off-again (but mostly on) music festival in Chicago took place July 29-August 1 this year. The massive outdoor concert welcomed more than 400,000 people over its four-day program. Last year, Lollapalooza was virtual, but prior to that, the festival had run annually without interruption since 2005.

This year’s Lolla was a bit different. Ticket purchasers had to show their COVID-19 vaccination card or evidence of a negative COVD-19 test within the previous 72 hours before entering Grant Park. 90% of the attendees opted to comply with the mandatory vaccination rules. If you’re a numbers person, that’s 360,000 people. About 7% (28,000) showed proof of a recent negative COVID-19 test. About 2%-3% (8,000-12,000) of the would-be attendees either had neither or failed a COVID-19 screening and were turned away.

Six days after the music died in Chicago, Sturgis, SD began welcoming crowds of people to the annual Sturgis Motorcycle Rally. The 81st annual event took place August 6-15. The South Dakota State Police estimate that about 525,000 people came to Sturgis during the event. Sturgis – which isn’t contained to Sturgis – is a sprawling event that features nearly two dozen music entertainment venues, a golf tournament, a 5K run, a poker tournament, flat-track bike racing, an of course, all the motorcycles one can imagine.

This year’s Sturgis was no different than any other year. There were no mandatory vaccination requirements, no screenings or temperature checks. No social distancing required, recommended or even suggested. Sturgis attendees often camp, eat and socialize in what amounts to pop-up tent cities.

Chicago’s Lolla welcomed an average of 100,000 attendees per day, at times standing shoulder-to-shoulder in Grant Park. Social distancing was not a possibility, and most attendees did not wear masks. The result: according to Chicago’s Department of Public Health Commissioner Dr. Allison Arwady – not much. There is “no evidence” that Lollapalooza was a super-spreader event. It could have been, and should have been, but to date slightly more than 200 cases have been attributed to attendance at the event. That’s one-half of one percent of the people who attended.

The Sturgis Motorcycle Rally welcomed an average of 52,500 attendees per day. The attendees often crowded together – just like Chicago. The result? Meade County, where Sturgis is located – has seen a 1,550% increase in COVID-19 cases since the rally.

One COVID-19 strategy works. The other doesn’t.

385,000 vaccinated people in a city park over four days. One half of one percent of attendees later got sick. 525,000 people taking part in mostly outdoor events over 10 days. Thousands of cases in the host state and the neighboring states. The difference? A mandatory vaccination mandate. In Chicago, if you weren’t vaccinated and couldn’t prove that you weren’t sick, no Lolla for you.

Mandatory vaccination works. If Lollapalooza shows anything, it’s that large events where people are in close contact aren’t automatically super-spreaders. You can safely conduct events involving a lot of people – even in the middle of a pandemic – as long as you mandate vaccination. If you require proof of vaccination and exclude unvaccinated people, the risk of spreading infection is low. Certainly not impossible, but very low.

Mandatory vaccination is how you get back to in-person classes. Restrict the campus to only those who can prove that they’ve been vaccinated and get back to business. Students return to campus, new students enroll and people can be confident that they won’t get thrown back into online learning.

Lack of vaccination mandate is a leadership failure

The students are back in town. Move-in at UM started yesterday, and Eastern opened its dorms today. UM’s faculty isn’t expressing concern about the safety of the campus. That’s because UM has a universal mandatory vaccination policy. Eastern’s faculty unions are extremely worried about the lax measures in place to prevent the spread of COVID-19. Then again, EMU doesn’t have a universal vaccination mandate. EMU is requiring vaccination only among the students who live in the dorms. Students who live elsewhere, faculty and staff have no vaccination requirement.