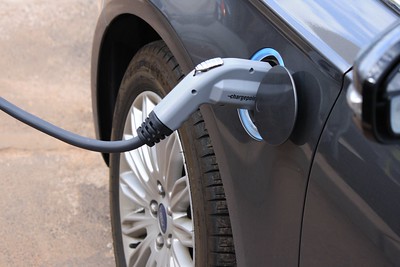 Lansing legislators have once again begun the budget planning for Michigan’s higher education institutions. As of yet, they have made no decisions, but separate proposals by the House, Senate and Governor’s Office seem to indicate a funding increase is in the works.

Governor Gretchen Whitmer’s office has proposed a 5% increase for operations funding, along with a one-time 5% increase. If that proposal were accepted, it would give an additional $1.55M to Washtenaw Community College. The Senate proposes a one-time 3% performance increase that rewards the number of credentials an institution issues. The House proposes a 6.8% increase in operational funds.

The Senate’s new funding formulas for community colleges relies on three equally weighted elements: student headcount in FY2021, all degrees conferred in FY2021, and a fixed amount. Despite its characterization as “new,” the Senate funding formula is not new, but it is not a good idea.

WCC takes advantage of the performance bonus the state pays for all degrees an institution confers. While the surface motivation for this may be to increase the number of graduates, in practice, it encourages the state’s higher education institutions to operate like diploma mills. Following zombie strategies of the Snyder Administration to minimize the impact of higher education, WCC has done just that.

It remains to be seen what will happen with community college funding but prioritizing meaningless numbers over a coherent strategy to build the state’s workforce is absurd. This approach to workforce development cost Southeast Michigan two new Ford facilities. Those plants went to Kentucky and Tennessee. It also cost this area the new Intel chip fabricating facilities that went to Columbus, OH.

We need a unified approach to workforce development that prioritizes broad preparation in STEM subjects. Workers and prospective workers need a wide range of foundational, technical, and problem-solving skills that will give them the flexibility they will need to meet the as-yet unknown demands of the future.

Instead, we get a blizzard of certificates, which employers do not want, value, or even understand, but that prop up one of the elements of the WCC budget.

Washtenaw County residents did not create WCC as an homage to self-perpetuation. WCC exists to serve the individual needs of county residents, and the economic well-being of Washtenaw County. Unfortunately, the Administration of one of the best publicly funded community colleges in the state has become hyper-focused on chasing pennies from the Legislature to the detriment of the entire region.

If we had Trustees who held the Administration accountable for meeting the needs of Washtenaw County, we might have a workforce that gives us better chance to land opportunities like the Ford plants in Tennessee and Kentucky, and the Intel plant in Columbus.

But we do not. We have Trustees whose top priorities are executive comfort and the pursuit of failed strategies for higher education. Until that changes, opportunities like those from Ford and Intel will remain squarely out of reach.