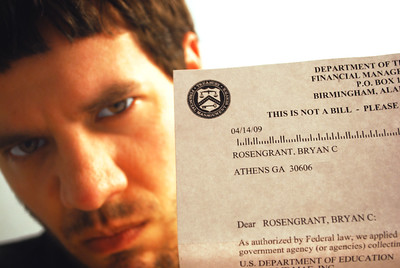 Student loans pose an unacceptable risk for one out of three high school students, according to a new survey by EverFi. The company provides financial literacy coursework geared toward K-12 students. Survey results showed that high school students would prefer to take fewer courses at a time to avoid taking student loans.

The risk of taking fewer courses, however, is that part-time status increases the likelihood that students won’t graduate. At a community college, this scenario plays out regularly. According to enrollment data Washtenaw Community College supplied to the federal government, the number of full time students has declined. Currently, WCC has a graduation rate of about 27%. According to the Department of Education, WCC’s most recent cohort default rate (for FY 2018) was about 12%.

Since the pandemic, the Department of Education has deferred virtually all student loan repayments. When student loan payments resume, it remains to be seen what will happen to the school’s default rate.

Student loans could increase risk to institutions, too

For schools like WCC, that would shine a bright light on the administration’s strategy of pushing sub-degree certificates in favor of associate’s degrees. Certificates, which do not significantly increase a holder’s earnings, could fail Ed’s gainful employment standards and trigger financial aid sanctions. WCC currently issues more certificates in what seems to be a bid to game the state’s appropriation formula. (The state formula rewards “credentials” rather than differentiating between certificates and degrees.)

The increasing reluctance of students to seek student loans, the low overall impact on earnings for certificate programs and the gainful employment risk should raise questions about the long-term viability of the “stackable credentials” approach to education. It’s clear that students don’t want to borrow for programs that will not produce significant income after graduation. It’s also becoming clear that employers don’t know how to assess the value of certificates over degrees. In addition, the Department of Education has grown wary of programs that generate more indebtedness than income.

While these conditions hold out, WCC should expect to see continued declines in enrollment among Washtenaw County’s most recent high school graduates.