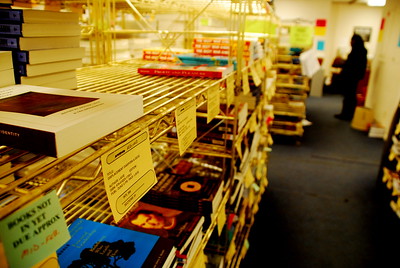 A group of five North Carolina community colleges have teamed up to increase fall enrollment in their institutions. The group will target adults between the ages of 25-44, who have already earned some college credits but have not finished a degree. The campaign is specifically seeking students who have completed at least half of the credits they need for a degree program, and who have also been out of school for at least five years.

Two foundations have chipped in to finance the campaign. In part, the colleges plan to help students re-enroll and create a plan to graduate. North Carolina is not alone in finding that the state has a significant number of adults with “some college, no degree.” Michigan has more than a million residents who started but did not complete a college degree. North Carolina’s numbers are not that big. The state estimates that about 518,000 residents left a community college without completing a degree there.

The fall enrollment situation for North Carolina’s community colleges is a high priority. The state’s community college enrollment dropped by 72,500 students in 2020. Some of those students may have gotten lost in the transition to online learning. Recent high school graduates may have chosen to take a gap year. Still others have decided to remain in their current employment situation until the pandemic passes.

North Carolina’s campaign, which targeted 2021 Fall enrollment is already producing some results. The campaign’s goal was to locate and re-enroll 12,000 former students of the five participating colleges. Blue Ridge Community College – one of the participating schools – reports that its fall enrollment has increased by 13% over Fall 2020.

For whatever reason, the Washtenaw Community College administration wants to focus on enrolling students directly out of high school. While these students are certainly an important demographic, the WCC administration should not lose sight of slightly older working adults.

Adults in this demographic group also have significant motivation to finish their degrees. Without academic credentials, many of these adults will be locked into their current employment situation and income. Many employers will not consider employees for promotions or significant increases in their income unless they have a post-secondary degree.

Part of the program for older students who “stopped out” must be some kind of debt forgiveness for people who left school with student loan debt but no degree. In many cases, debt the student owes to the school may prevent them from returning. Community colleges in Michigan have already begun to evaluate student debt forgiveness plans to “clear the decks” for returning students.

Locating and encouraging students who have not finished their degree to re-enroll is a strategy that is likely to succeed. The pandemic has worn out many low-wage workers. These workers will want options to improve their skillset. Being able to target these students, assist them with re-enrolling and academic counseling, as well as a combination of debt relief and generous financial aid, may help boost enrollment and graduation rates.

Enticing these students back into the classroom will take more than a played out marketing campaign whose truthfulness is highly suspect. It will require the Administration to put together a viable pathway for these former students to finish their studies.