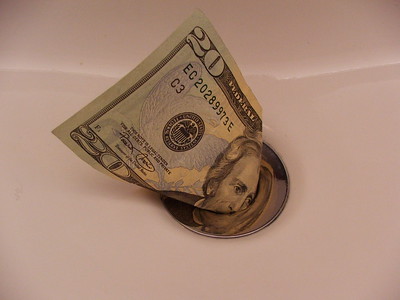 Earlier this week, MLive reported on the Grand Haven Community Center, and its reliance on the city’s general fund. Every year, the City of Grand Haven has chipped in $200,000-$250,000 per year to keep the facility in the black.

The Grand Haven Community Center isn’t new. It was built in 1967 and has served as a home for a wide range of community groups. In 2007, the city funded a nearly $4.5M expansion.

The center has relied on the city’s general fund support since Muskegon Community College vacated a portion of the center in 2018. Losing MCC’s rent has created a real hole in the center’s operating funds. At least until the end of this year, the Community Center has a millage that provides capital funds but cannot be used to pay for operating expenses.

The center is available for event rentals, but without the consistent income that a tenant provides, the city has had to step in to fill the void. Grand Haven isn’t alone in its inability to fund event space. Yesterday, I wrote about Kansas City’s predicament: using general fund dollars meant for basic city services to pay for upgrades to the city-owned T-Mobile Center. Prior to the pandemic, the multi-purpose arena had paid for itself, thanks to taxes on hotel rooms and rental cars.

The taxes generated about $14M per year for the bond debt, and additional funds that covered the city’s 65% portion of arena maintenance. If you take a moment to think about that financing strategy, it works when it works. It shifts the burden of the arena to out-of-town visitors. The city structured the financing that way because someone believed that the resident taxpayers didn’t want the arena. More aptly, the residents didn’t want the enormous bills that went along with the arena.

The lure of the general fund is simply too great

Likewise, the Grand Haven Community Center’s business plan relies on avoiding taxpayer reliance. In Grand Haven’s case, the plan is to find a long-term tenant to occupy the space. I don’t know what the likelihood of that is, but MCC left the space in 2018, and it’s now nearly 2022. Finding a long-term tenant for the space doesn’t seem super realistic.

In both cases, these facilities are left to rely on the taxpayer, exactly the situation their original plan was designed to avoid. In both situations, the taxpayer is the problem merely because they exist as an option. If either of these facilities were privately owned and encountered the challenges they have, both facilities would be boarded up by now.

As a private business, when you cannot pay your bond debts because you’ve lost 60% of your revenue, or you’ve lost a major tenant and no one else in the market wants to occupy the space, you change your business plan immediately or you close your doors. End of story.

Publicly owned entities can’t close their doors, but they can certainly avoid the lure of “easy money.” Public entities persuade themselves that they see a void in the market that their [fill-in-the-blank] will fill. It could be an arena, or a convention center, or a health club. Theres’s nothing like it in this area! We’ve needed this for a long time! We can make it work!

A convention center isn’t an opportunity; it’s a burden

Free markets don’t tolerate unmet needs. When there is a real need for something, someone steps in to fill it. If the key players in Washtenaw County have talked about a convention center for three decades without actually building one, that means something. No one spends thirty years talking about something a community desperately needs.

If WCC carries out its Master Plan, what will we be spending our educational dollars on in 2032?