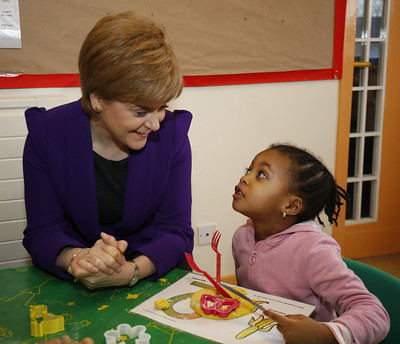 The community packed the Board Meeting room with the intention of airing their grievances to the Board. But one hour before the meeting started, Willis issued a statement that granted the center a reprieve.

Willis will not actually be part of the team that develops a solution for correcting the center’s deficit. She is leaving in December to take over another community college. But the hit-and-run approach to making major changes on campus is going to stick around.

The EvCC childcare center focuses on providing childcare services to low-income students. So, of course, when you tailor your services to people who cannot pay for them, you are not going to break even. Unless, of course, you develop a workable business plan to account for that. Instead, the administrators go straight for the nuclear option every time. It is almost like they cannot solve a problem.

Campus childcare center is not a for-profit venture

For-profit businesses are supposed to make money. Community colleges are supposed to educate people. Typically, you cannot educate people at a profit. And sometimes you must provide other services (like childcare) to students, which increases your costs further. That is why the taxpayers subsidize the community college and its operations so heavily. And just to be clear, that subsidy also underwrites the campus childcare center.

So, the new plan will include looking for outside funding to help support the childcare center on campus. That should have been the administration’s first step all along.

Closing a program or cutting a service that has a direct and meaningful impact on students or the community should always be the absolute last resort. The administration should explore every other option fully. Something like closing an on-campus childcare center should be viewed as what it is: a failure of the administration. More than simply labeling it, the Board of Trustees should demand accountability from the administrator(s) who seek to terminate programs. I am not sure what “demand accountability” means to anyone else, but for me, it involves rolling heads. When your best solution involves closing a program that provides necessary services to low-income students, you are the problem.

Here is why. If you are so obtuse as to demand that a low-income childcare center turn a profit, you believe the college should extract the cost of daycare (plus profit) from the low-income students who use it. That fully negates the benefit to the student of having a daycare facility on campus. And if that represents the highest quality decision-making you can produce, you are part of the problem.