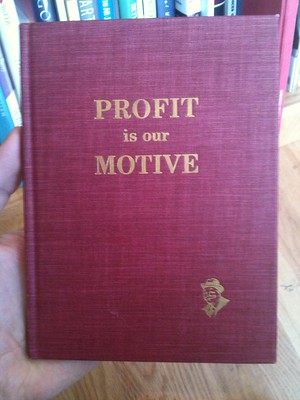 Childcare center value can’t be measured by profit and loss

The WCC Children’s Center closure is permanent, but it comes at what might be the worst possible time for parents. The COVID-19 pandemic devastated the childcare industry. At the outset, government orders closed childcare centers and sent children home with their work-from home parents. While parents struggled to manage their own work and their children’s schooling, daycare centers remained largely empty.

Staffing is at the center of virtually every licensed childcare center. During the pandemic, some centers lost as much as 80% of their staffs. According to data from the Bureau of Labor Statistics, the daycare industry employed about 167,000 fewer workers in December 2020 than it did in December 2019. That’s a reduction of 16% of the childcare workforce.

As employers begin the return-to-work process, the question of childcare rises again. But in a post-COVID-19 world, parents will have to get by with fewer childcare options. On-site childcare and after-school care is especially useful to parents because it eliminates the need for transportation. As these options dwindle, parents are left to navigate an increasingly tricky childcare scene.

“Social distance” has been the COVID-19 mantra since March 2020. In childcare settings, keeping kids separated is not realistic. The next obvious step is to put fewer children in care groups. With a large building, that might be possible, but it also requires more staff. And therein lies the problem. There is no more staff.

Childcare providers typically have (or need) college degrees to maintain their licensure. Childcare is expensive. Full-time childcare can cost upwards of $15,000 per year, and Michigan happens to be one of the highest-cost states. And childcare is heavily dependent on staffing, so you might think that explains its high cost. Unfortunately, the high cost of the service doesn’t translate into high wages for the workers. Even though demand for the service is high and workers require a college education, some workers barely clear minimum wage.

Hiring more workers – if they were available – would require providers to increase the cost of an already expensive service. It would price many parents out of daycare altogether, and that would mean finding alternate care for millions of American children.

The pandemic has already demonstrated what happens when parents can’t find – or don’t have access to – childcare. They leave the workforce. It’s also what’s likely to happen to parents who can’t find childcare while they’re in school. Student parents who need care will be competing with thousands of other parents who are attempting to return to work. WCC students will need to wrestle with the transportation question because on-site care is no longer available to them.

Making a profit is not the objective of a community college

Public community colleges are not businesses and turning a profit has never been a core objective. The WCC Children’s Center probably never made money in any of its 53 years in operation. But then again, it wasn’t there to make money. It was there to help students complete a degree. Reducing its value to its revenue generation capabilities is crass.

If profitability is the new standard for WCC’s operational activities, the Health and Fitness Center should be closing soon. WCC will need to look very carefully at the instructor training programs to ensure that they’re truly profitable. Those that are not must be canceled. And it will not be acceptable for a hotel or retail space to merely break even. If it cannot generate profit, closure is the only option.

Perhaps WCC should apply the profitability standard to its executives, too. If the phalanx of Vice Presidents cannot demonstrate that they’re consistently increasing revenues, their positions should be eliminated.