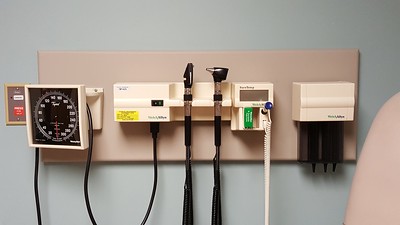 Colleges and universities face a difficult decision this year: whether or not to conduct in-person classes for the fall semester. While every institution will determine its own protocols for opening their classrooms, the student health service on some campuses is part of an institution’s re-opening plan.

On the surface, COVID-19 doesn’t take significant aim at the traditional community college population. In fact, it disproportionately impacts the elderly. In Michigan, more than 40% of deaths have occurred among patients 80 years of age or older. Age is certainly one aggravating (or mitigating) factor when determining risk. But for the most part, community college classrooms aren’t packed with senior citizens. The apparent risk to students on campus – at least in terms of death – is relatively low.

Researchers are learning more information about COVID-19 every day. For example, the State of Michigan discovered 600 new cases of COVID-19 at one of its prisons. 80% of those cases – 480 – were asymptomatic. Those affected had no idea they had contracted the virus. People who are asymptomatic appear to function as “carriers.” Although they are not apparently affected by the virus, they can pass it to other people they encounter.

That’s one of the problems with having students return to campus in large numbers. If the asymptomatic prison population is representative of other populations in close quarters, 8 out of 10 students on campus might be infected, yet asymptomatic. For a college like WCC, those students leave campus when their classes are over each day. They go back into the community.

Some community colleges have an on-site student health service. And each student’s overall health will factor into an institution’s decisions to open, remain open or close. WCC does not have an on-site student health service. That’s not unusual for community colleges in Michigan. Most (if not all) public universities here offer some kind of health clinics for students.

To be sure, a campus-based student health service doesn’t offer complete health services for students. But an on-campus clinic can offer the administration badly needed surveillance data that could allow an institution to make informed decisions about whether to stay open, move to a hybrid delivery, or close up shop for a period of time.

It sounds expensive, but it may be more affordable for both students and the institution than you might think. Monroe Community College (not our neighbor to the south – but MCC in Rochester, NY) provides an interesting case study.

MCC had a fall enrollment of 11,600 in 2019, and total revenues of about $120.5M. Student tuition and fees generated nearly $60M. (MCC’s hourly tuition rate in 2018-19 was $183.) MCC’s state appropriation was about $36M. The “sponsor’s contribution” (county property tax revenues) and money charged to other counties amounted to about $23.3M. MCC also had income from other sources, like investments.

Health services are not free for students – but they’re close. MCC students who are enrolled in at least 6 credit hours, paid a per-semester fee of $5 to support the onsite student health service.

In exchange, the health service provides some no-cost services, like:

MCC’s enrollment and revenues are similar to WCC’s. Their income sources are common, but the distributions are different. And with a nominal student fee, MCC provides a basic student health service. Granted, it isn’t a full-scale clinic, but a similar facility on campus could provide health status data for students who take classes in person.

Providing some type of on-site health care for WCC students (for a fee) is probably more appropriate than larding on a facilities fee to pay for decades of building neglect. An on-site student health service could also provide useful data to help determine when, whether and how to limit campus access.

And it’s somewhat more practical than a dry cleaner. Or a health club for the executives. Or hiring more executives.