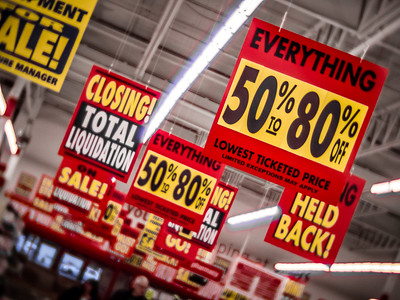 Late last year, Georgetown University published a report that advocated a serious redesign of the US educational system. Researchers there argue that the US needs a top-to-bottom reform of the way we deliver education. The impetus is to stop the growing divide between wealth and poverty in this country.

The report identifies cost as one of the most significant issues facing would-be college students today. Citing a 169% increase in the cost of attendance at US colleges since 1980, Georgetown researchers say this accounts for the declining higher education enrollment. Comparatively, wages among young adults during this same period increased only 19%. A college education – more specifically a bachelor’s degree – is the best way for young adults to maximize their earning potential. But the cost of getting a bachelor’s degree makes the process incredibly risky.

Failure to complete a degree can leave a student with insurmountable debt and no way to earn enough to repay it. Completing a degree is no guarantee of financial freedom, however. Not all degrees are created equal, so post-graduation earnings may not be sufficient to cover the cost of attendance.

The price a student pays to get a degree bears little resemblance to an institution’s cost to provide it. Schools often inflate student tuition to pay for organizational functions, capital projects and administrative overhead. Under this unsustainable model, the cost of attendance quickly outstrips the student’s ability to pay for a degree. For decades, students have been encouraged to finance their educations through student loan debt. Today, a shrinking number of young adults are willing to enter the workforce owing tens of thousands of dollars in non-dischargeable debt.

Inflation doesn’t account for this drastic rise in costs. Since 1980, the cumulative rate of inflation has increased 241.2%. Therefore, inflation accounts for only $21.18 of the $90 per credit hour increase in WCC’s attendance costs. So, what accounts for the other $69?

Capital projects financed through revenue-backed bonds accounts for a significant portion of the rise in WCC’s attendance costs. Each time the Trustees have authorized the issue of these bonds, student tuition costs have soared.

Labor costs have also factored into the equation. There are four major employee groups on campus. Unions represent three of those groups: Custodial and Maintenance, Office Professionals and Faculty. The size of each of these groups has either decreased or remained constant over the past three decades.

Only the size of the fourth group – the Independent group (which includes the administration and non-union employees) – has significantly increased. That increase has occurred largely in the last decade. One only needs to look at this administration’s organization chart to see the problem. WCC currently employs 13 Vice Presidents. That is a ridiculous number of high-level administrators for a mid-sized community college. I have not found another community college of WCC’s size in the United States that has that many executives on the public payroll.

The WCC administration has also sharply lowered the cost of online courses for out-of-district students. Currently, they pay little more than an in-district student does. While the out-of-district tuition rate for in-person students is $289 per credit hour, the same student pays just $108 for access to an online course. At the same time, the administration agitates for in-district tuition and fee increases to cover its revenue-backed bond debts.

Is there some reason the Trustees don’t cancel the incredibly generous subsidy for out-of-district students instead?