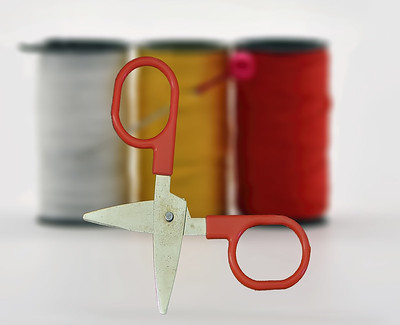 Cost control more important than ever

Cost control at a community college has always been important, but in 2021 it will be imperative. It is important for the Board of Trustees to reconcile themselves to the fact that their failure to eliminate unnecessary spending will prevent the poorest students from enrolling for classes.

That’s already happening at community colleges around the nation. Most two-year colleges in the US have seen an unexpected, steep drop in enrollment. Students most likely to be staying home include male students, Black and Hispanic students, and single parents. Unfortunately, these are the students who would benefit most from a community college education.

The pandemic has hit low-wage workers hard. People who cannot do their work from home are three times as likely to be laid off. That’s because they work in economic sectors that are most vulnerable to the effects of the pandemic. Workers in restaurants and food service, agriculture, hospitality and entertainment and retail are most likely to be laid off or have their hours reduced. This can deal a double-blow. A reduction in hours reduces income, but it can also trigger the loss of health care benefits. Employers typically extend those benefits only to workers that log 40 hours per week.

The lowest-wage workers would benefit from a community college education. They also happen to be the most price-sensitive consumers in the market. Small increases in cost can drive some students out of the classroom. Students could borrow to cover these increases, but that comes with a hidden price. While borrowing provides relatively quick access to cash, it also diminishes the return on a college education.

Borrowing poses a risk to both the borrower and the school. WCC’s most recent cohort default rate is 15.3%. That’s higher than the national default rate of 9.7%. Some of this is self-inflicted damage on WCC’s part. Failure to control institutional costs increases student tuition and fees. That increases students’ costs without increasing their market value. The average WCC alumni earns just $500 more than the median US salary for all occupations. That means the margins on a WCC degree are already razor-thin. When that student can’t make enough money in the workplace to pay student loan debt, the Department of Education penalizes the institution.

Much of this would be avoidable if the Board of Trustee rigidly controlled costs. Simply controlling institutional spending would reduce the need to raise student tuition, thereby lowering the risk of student loan default.

Cost control isn’t hard, but it does require the Trustees to take a more direct role in the management of the institution. Nothing prevents the Trustees from doing this, except their own unwillingness to act. In fact, some of the best run community colleges in the state operate like this.

One place to start would be the independent examination and authorization of new positions. Lax control over the WCC administration’s size cost Washtenaw County taxpayers and students more than $3M more in 2019 dollars than a decade earlier. We spend $3M more inflation-adjusted dollars to administer WCC than we did a decade ago.

That’s not surprising, since the size of the administration has also grown by nearly 60 people. The Trustees did not object to a single new hire, largely because of the kindergarten-inspired way they conduct oversight. They simply accept a “personnel report,” instead of evaluating the financial impact of each new hire.

That $3M comes from somewhere. But it cannot come from the students who didn’t enroll this fall because they can no longer afford WCC.