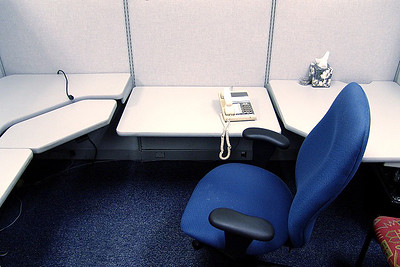 University Business published an interesting opinion piece today on the steps higher education institutions must take to recover from COVID-19. Although the pandemic has made life tough at colleges and universities, they faced a looming financial crisis before coronavirus appeared. The reckoning involves a confluence of factors that impact college finances.

Post-secondary enrollment at many institutions declining, so there are a lot of drivers at work here. First, the number of 18 year olds is declining. Second, a historically good economy causes some would-be students to choose the workforce, instead. Third, the cost of higher education has risen astronomically. For example, between 2008 and 2018, tuition costs rose 37% at four-year institutions. Fewer families can afford to pay for a college degree for their children. Additionally, many young people are balking at the idea of being mired in inescapable, unaffordable student loan debt for the next 2-3 decades.

COVID-19 hasn’t had as significant an impact on four-year institutions as it has had on two-year college. However, the pandemic has cost colleges and universities plenty. Like community colleges, universities also rely on “other revenue” to pay the bills. “Other” income streams include everything from room and board revenues to research grants.

Bond rating services play an important role in determining the cost of borrowing among institutional investors. Most colleges and universities guarantee (and pay) their bond debts using revenues from tuition and fees. (Community colleges in Michigan don’t have to do this, but some do.) Investor rating services haven’t been too keen on higher education borrowers lately. The pandemic has dented college finances by 5%-10% on average. Subsequently, the ratings services issued a negative outlook for the sector. Negative outlooks translate into higher interest rates on bonds.

Except that institutions can’t raise tuition that often or that much because it prices target students out of the market. The pandemic has severely reduced “other” income streams throughout higher education.
When they can’t raise tuition or recruit students, there’s one more step universities can take to improve college finances.

They can cut costs.

And by “costs” I don’t mean programs although some programs are wildly inefficient. Colleges and universities can cut their overhead costs. Pare back the size and cost of the administration. Eliminate inefficiencies. You know – tighten their belts.

Colleges and universities have not been honest with themselves or others about where their costs come from. In the past, they could paper over the problem by admitting more students or by raising tuition. Or both. This lack of transparency – which is a form of dishonesty – enables colleges and universities to overspend in areas that drain away resources and do not meaningfully enhance their product.

College finances are not self-correcting

This willful blindness to the devastating impact of administrative overspend can end in only a limited number of ways. The hard stop involves massive budget cuts, program cuts and layoffs. The soft stop involves staff reductions through attrition, retirement incentives and buyouts. Either way, the bill on administrative overspending is coming due. It is the only remaining option for improving college finances.