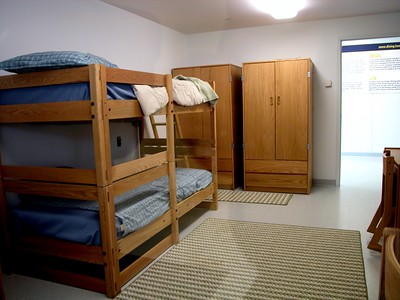 42% of the 11,000 students who participated in the study said that they had difficulty paying their housing costs. 32% of the survey respondents admitted to having trouble paying for food. 10% of respondents revealed that they had been homeless at some point in the preceding 12 months.

So, when the Trustees talk about building a hotel or alternately a dorm, or a weird hybrid of both, they’re not looking at the information that’s right in front of them. The Trustees have talked about building a residence hall in the past. They’ve most recently received assurances from the Master Plan consultant that a hotel is practically interchangeable with a dorm. They’ve also discussed some weird hybrid building that operates as a dorm for most of the year, and switches to a hotel during the summer months.

Their goal is to provide housing for participants in summer training programs on campus. But since those activities only take a matter of weeks, it’s impractical to build a hotel unless WCC can also leverage it for student use during the school year. (It’s impractical no matter what, but that’s a discussion for another day.)

But then reality intrudes.

Universities can close their dorms during the summer and send their students home. According to the Virginia study, 10% of community colleges may have no home to go to. Closing the campus dorm for the summer would throw these students into homelessness.

Building a residence hall at WCC means that nearly half of the enrolled students can’t afford to live there. Students immediately out of high school have the fewest resources. They’re the least likely to be able to afford a residence hall. They’re also the demographic group that WCC most wants to attract. But then again, according to WCC’s most recent graduation statistics, the average WCC grad is 29.

And most 29-year-olds don’t live in dorms.

The Trustees would gladly borrow money to build a residence hall (or hotel) that nearly half of their students cannot afford, and the average student is unlikely to use because they are convinced will make money.

And why not? When the housing contracts don’t materialize, they can amortize the cost of their poor decision making across the entire student body in the form of tuition and fee increases.

The public should be vigilant about any plans to build a hotel or dormitory on the campus of Washtenaw Community College. Especially if the financial model insists that such a building can pay for itself.