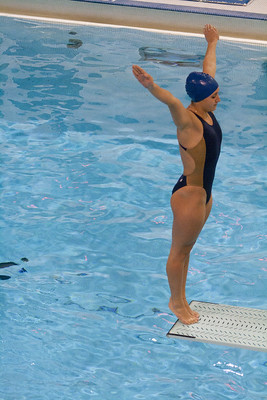 Administrators at Portland Community College announced today that they have decided to close the Sylvania campus’s diving and swimming pools. The closures will take effect in June. They cited cost as the primary factor in their decision.

Until the pandemic closed the facilities, the pools were used on a daily basis. PCC commissioned a feasibility study, which found that the swimming pools had reached the end of their useful lives and would require complete replacement at a cost of $25M-$30M. According to PCC, the annual operating expense for the diving and swimming pools is about $300,000, but usage fees generate only about half of that. PCC also received about $350,000 from a Multnomah County bond issue in 2017 to repair the dive pool.

PCC’s falling enrollment played a role in the decision to close the pools. Enrollment is down more than 20% since the beginning of the pandemic. PCC offers aquatics classes for students, but also offers community swim lessons, lifeguard certification training, and other safety training. Community swim clubs also rent the facilities. It’s not as though these facilities are underused.

According to PCC administrators, they did not consult the swimming teachers, coaches and community members about the closure because the replacement cost of the pools was excessive. PCC plans to redevelop the space that the pools now occupy, but it does not have any immediate usage plans.

The thing that strikes me first here is that PCC obviously had neither a long-term support strategy nor an exit strategy for these pools. It should come as a surprise to exactly no one that things wear out, and these pools were 50 years old. Just five years ago, PCC spent $350,000 to repair one of the pools. (They also repaired the pools in 2012.) $350,000 is an extensive repair, and the administrators at PCC knew the general condition of the pools without conducting a feasibility study. They also know that campus buildings have an anticipated lifespan of 50-60 years.

Second, the operating expenses of the swimming pools were twice their operating revenues. I’m not an accountant, but I do have a rudimentary understanding of money. When your expenses outpace your revenues 2:1, you’re going to have a problem sooner or later.

The other thing that strikes me is that PCC is not the only fitness facility that has encountered the never-quite-able-to-break-even phenomenon. The Muskegon Community College trustees lost $1M per year for 5 years on their fitness facility operations.

And it raises the question of sustainability. What is the long-term plan for the Health and Fitness Center? It’s already 30% of the way toward the end of its useful life. It’s already encountered hellacious repair and maintenance bills. And the taxpayers will be footing those bills for another 35 years. But then what? Will WCC expect the taxpayers to replace a building that we never authorized and didn’t ask for? And at what cost?