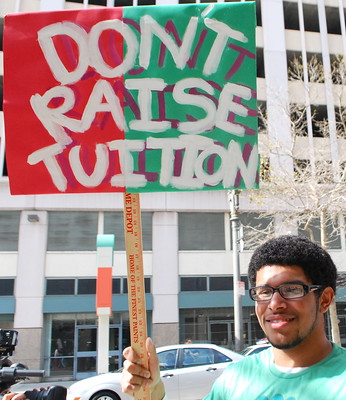 Alamance Community College has a lot of big plans. Too big, maybe. In 2018, ACC asked voters to approve nearly $40M in bonds community college building projects. The voters in Graham, NC paid for a new Biotechnology Center of Excellence and a new student services building.

The bonds also funded a parking expansion, a public safety training center, a childcare center expansion and a satellite campus. So, three years down the road, ACC sought bids for the Biotechnology Center and the new student services building. Alamance County sold the first set of bonds for the projects in April.

Then the bids came back.

Of the eight firms that responded to the ACC RFP, 100% of them returned bids that exceeded the projects’ budgets. And not by a little bit. According to ACC, the overruns among all bids averaged 15%.

ACC administrators made some changes to the building designs, but indicated they wanted to build the buildings the voters approved. A planned parking structure became a surface lot. ACC made material substitutions and changed the footprint of the buildings. Yet, the cost of the designs still exceeded the (already acquired) bonds.

So, ACC hit up Alamance County for a loan of $3.1M. Alamance County agreed to a loan of $2.4M, which is enough to get the first two community college building projects off the ground. Unfortunately, the remaining projects won’t start until 2022-23, and won’t wrap up until possibly 2024. If the current bond authorization is no longer sufficient to pay for the first two projects, it won’t cover the last three, either.

ACC officials blamed the overruns on increases in the cost of site work, steel, concrete, and mechanical work. (Seriously, who could have predicted that costs would rise over just three years?)

Students will eat most of WCC’s planned construction costs.

The only reason I bring this up is to illustrate the dire impact that waiting can have on community college building projects. Currently, supply chain issues have increased the price of most building materials. Those costs will not likely drop anytime soon. That means community college building projects that are in process (like the “Advanced Transportation Center” and the Student Center renovation) are going to cost a lot more than they would have earlier in the process.

Waiting just one additional year to tackle the renovations on the Morris Lawrence Building inflated the project’s price tag by 10%. And no shovels have actually hit the ground yet. If material and labor costs continue to rise substantially, the ML renovation will suffer from the same ills that have plagued the Health and Fitness Center. To remain within the project’s budget constraints, the contractor will have to cut corners. (This method of “saving money” can be horrendously expensive in the long run.)

Expanding the budget for the planned construction projects on campus will also increase students’ attendance costs. For reasons that are not clear to me, the Trustees prefer to borrow against the school’s operating budget to pay for construction expenses. Unfortunately, there’s only so much debt you can lard on to the General Fund without running into problems. When WCC needs to make its loan payments, its go-to revenue stream is student tuition.

WCC students should watch their tuition rates carefully, because they’ll be paying for construction in the form of tuition increases for years to come. When that happens, they should remember that every single trustee voted on the borrowing and repayment of the construction bonds had two options:
a.) Ask the taxpayers to pay for the project, or
b.) Expect the students to pay for it.
Every time the tuition rises, remember that it is because the trustees chose not to ask the taxpayers for help.