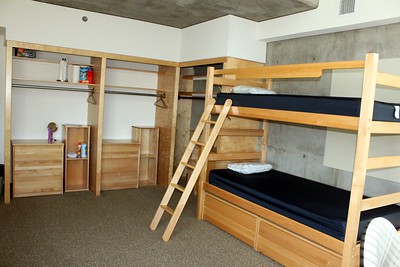 Central Michigan University announced last week that it would reduce the amount of on-campus housing it operates next school year. The university has an on-campus residence capacity of 5,797 beds but housed just 3,666 students this year.

That means CMU’s residence halls operate at 63% capacity right now. According to the university, it will use the closures as an opportunity to perform maintenance on the dorms. The reduced availability of dorm space may require CMU to house more students in the remaining space.

WCC’s Master Plan calls for the construction of a hotel and/or conference center. The hotel is supposed to double as student housing in those periods when it would otherwise be empty. Or not. No one is sure how a hotel on campus would operate.

If the CMU experience shows anything, it is that building and/or operating on-campus housing right now is a huge gamble. It also probably signals that building a hotel is not the right move, either.

Universities have different funding mechanisms for capital project, but a community college that attempted an on-campus housing project would end up paying most of the project itself. Realistically, the occupancy of a dorm would guarantee the repayment of the bonds issued to build it. And if the occupancy does not materialize, the community college would still have to pay the bonds.

At CMU, the current occupancy rate is 63%. More than one-third of its on-campus housing space is empty. To make a dorm profitable, were that to happen at a community college, the community college would shift the cost of the dormitory to students who are not living on campus. (Which does not seem fair.)

The same is true if WCC were to exercise the hotel option. If the average daily occupancy rate is not enough to sustain the hotel and pay for future upgrades, the hotel will fail. But WCC must still pay the bonds. Again, WCC would turn either to the students on campus or to the taxpayers for relief.

Now is not the time to build anything new on campus. It is also not the time to invest heavily in future dormitory space while predicting steep enrollment declines at the same time. It is the time to re-invest in existing buildings to address longstanding neglect. And it is time to invest in new degree programs that reflect the needs of future employers.
Use CMU’s experience for what it is: a warning that building student housing when you say you do not have students is a risky proposition.